I worked at a wildlife centre last year and Hallowe'en was a fairly big event for us.  First, Hallowe'en is always fun and second, that's around the last time of year that digging in the marsh can reliably be fun for kids.
Our Marsh Monster event had patrons being led through the marsh to various locations where volunteers and staff would tell part of a story.  In 2013, participants went to a mad scientist who told them about a strange illness affecting the inhabitants.  I was at the third station and before I had even learned what I would be or do, I announced that I would be a ninja.  The organizers humoured me and my frog part became a ninja-frog part.

I really think the extra dimension gave the frog character.  In addition to speaking gruffly, then smoothly then coughing and telling the visitors that I had had a human in my throat, I swung a wooden sword and displayed some of the moves I had learned in a Korean martial arts class.

The mad scientist also adopted the quirk of eating carrots while he spoke.  He was a little sick of them at the end, having eaten a full bag in the evening but his character was more memorable.

All this to explain why the image below is so wonderful. (from) 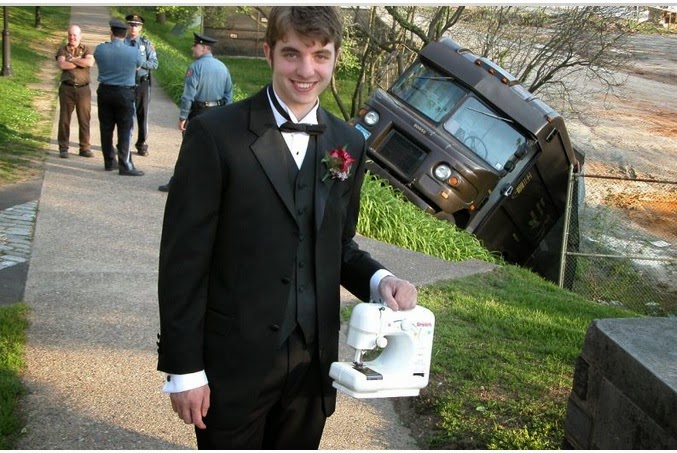 Other images at that link are similarly weird.
-----
Kottke and Boingboing both offer this tutorial on visual comedy.

I use the Canadian Amazon site.  The price is $2.17 as of the time of this post.

Posted by Surprises Aplenty at 4:42 AM