Personal Nanowrimo News: it's gimmicks all the way down.

I would say a big part of Nanowrimo is gimmickry.  I don't precisely mean this in a bad way.  If the gimmicks can lead people to attempting something long and challenging, like writing 50,000 words in a month, then they've proven their value.  I have only written at that length due to Nanowrimo, so I do see the value.

On the other hand, during the recent talk by Chris Baty -just before November 1 - there is a link in a previous post - his interviewer showed off his 'writing cap' and his mascot dragon and the comment queue filled with people wanting to get their own.  Good, but off-topic.

The "write, don't think" meme of Nanowrimo gets to me a little, too.  When I completed my book in 2013, it was of a story I had day dreamed for years - it probably isn't particularly awesome to anyone else, but it was a recurring story I worked on in my head at great length.  When I wrote it out, I learned all the plot points I had skipped and how dream logic had made possible events that make sense in writing them down - But I had a story with many plot points ready to go.

This year, I started with only an idea, a gimmick or single premise.  One that grew through the first week but is now drying up.  I need another thousand words tonight and I will use a technique that worked last year.  I will jump forward in the narrative and hope that I can later fill in the gap between what I have now -mid Spring - and what I will soon work on - early summer.

I wonder how much 'real' authors rely on gimmicks.

Here is another example of gimmick writing - the new location: 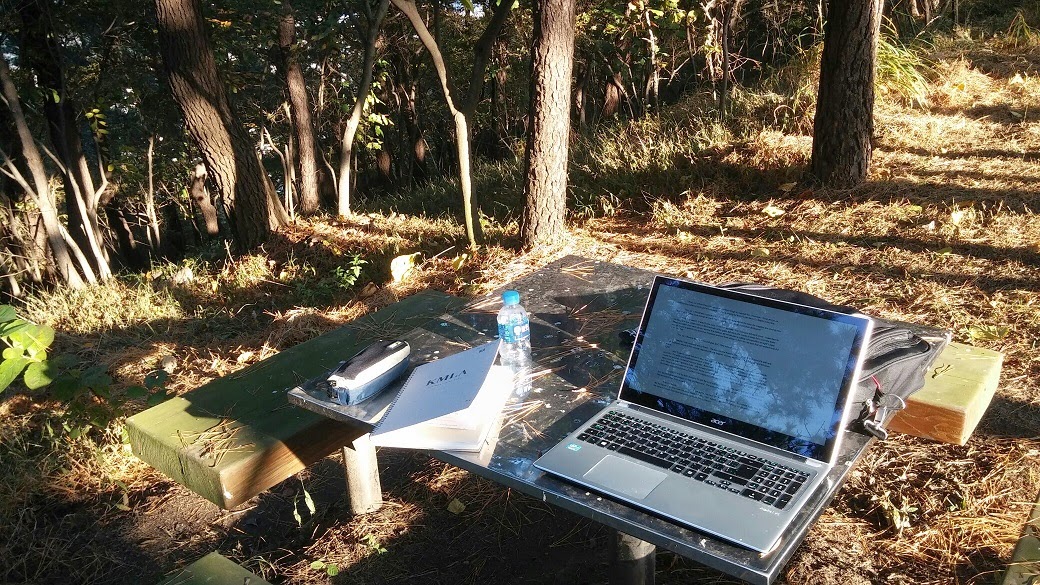 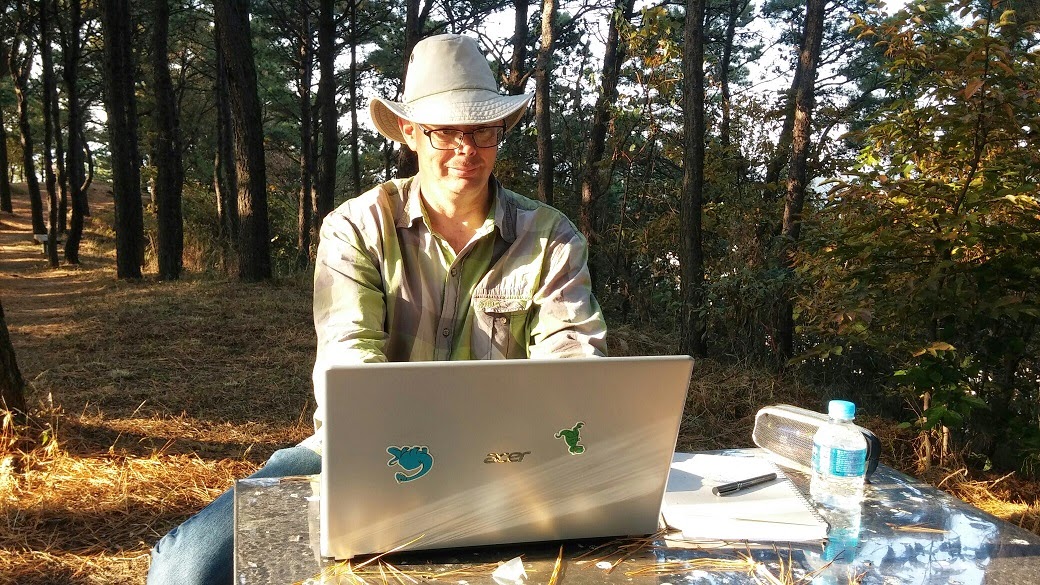 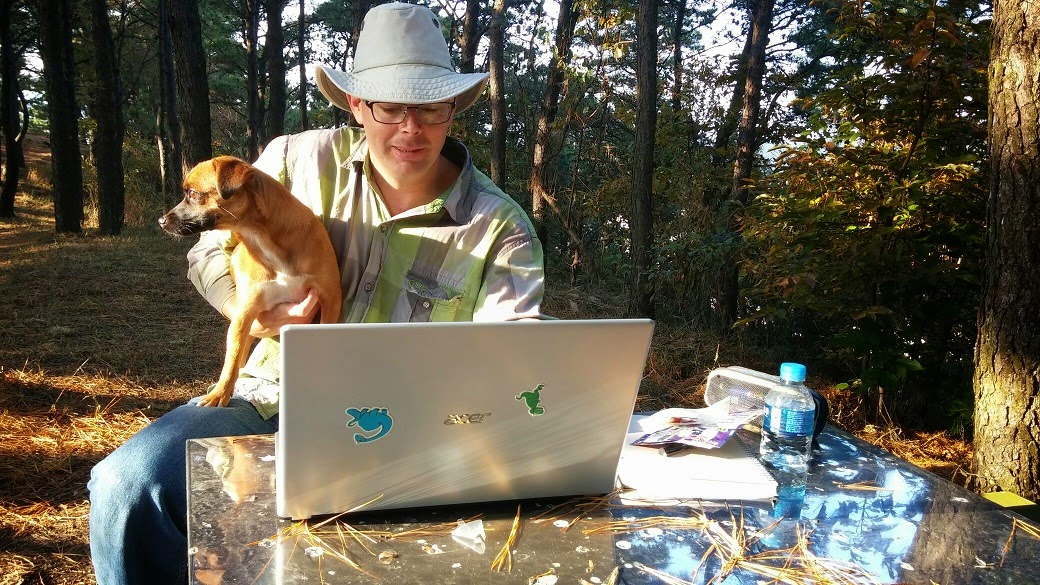 The mountain I lugged my computer up is DongMae San and is in Saha Gu, Busan.  In this way, I was able to exercise my dog and get a good three hundred plus words in.  I will probably do it again, and maybe for my actual work as well. I could grade essays there.

Posted by Surprises Aplenty at 7:45 AM