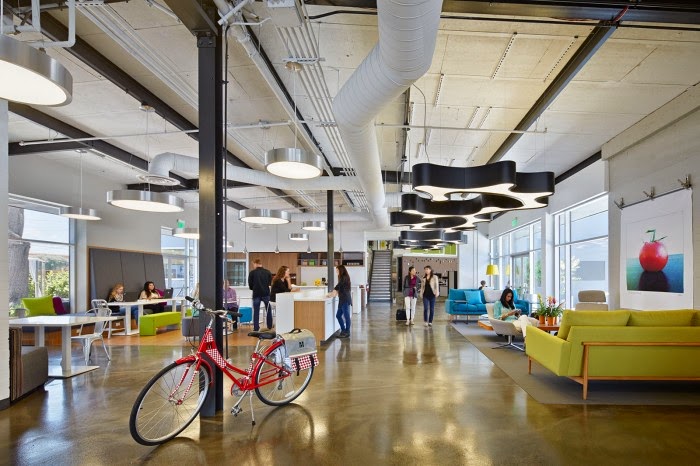 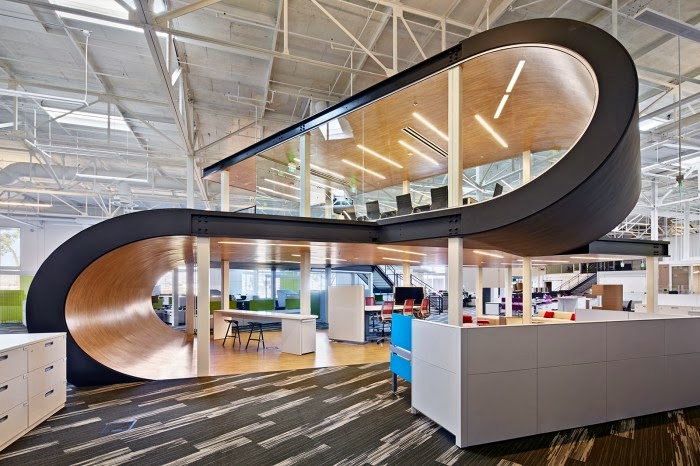 Images from Cool Offices, an article at Soyouknowbetter.

Lindsey Kaufman at the Washington Post feels Google got it wrong regarding open offices.

The New Yorker, in a review of research on this nouveau workplace design, determined that the benefits in building camaraderie simply mask the negative effects on work performance. While employees feel like they’re part of a laid-back, innovative enterprise, the environment ultimately damages workers’ attention spans, productivity, creative thinking, and satisfaction. Furthermore, a sense of privacy boosts job performance, while the opposite can cause feelings of helplessness. In addition to the distractions, my colleagues and I have been more vulnerable to illness. Last flu season took down a succession of my co-workers like dominoes.

More here from the New Yorker.

Based on my own, far less extensive research, both environments are needed.  Or possibly needed by North Americans and others in the West.  Let me start with first sentence.

Creativity in this context has two components.  Idea creation and idea actualization. Distraction and group input are good for the former but not the latter.  Focus and concentration are better then.

And yet, my Korean students can concentrate despite the noise and hullabaloo around them.  Perhaps living in what this Canadian considered an overpopulated country has taught the locals how to go back and forth; from deliberately distracted and involved to deliberately focus and closed in.
Posted by Surprises Aplenty at 7:24 PM