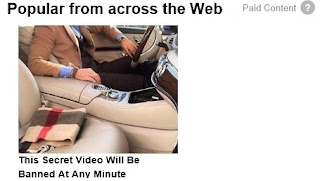 Greg Thomson stepped off the ferry in Torshavn.
"Godan Dag" called out three men, touts from local inns but Greg passed them until he saw the man with the Torshavn Hotel sign. He introduced himself, he speaking German slowly until the man, Naddoddur Rasmussen, volunteered that he spoke English.

It was a typical Faroese day, with half the sky filled with clouds and the other clear and sunny.  The sun beat down on multi-coloured homes and businesses with the backdrop of a green-faced hill.

Once he had settled in, he was out again.  On a borrowed bicycle, he struggled up the hill. Torshavn was one of the few places in the Faroes where the hills did not absolutely forbid cycling. He looked forward to the descent back, though.

On he went, until he found the home of Steinvør Mortensen, the woman who would break the whole story open.  He found her at work.

He introduced himself and when she repeated "Thomsen" with more of a eh sound in the final syllable, he didn't correct her. Her pronunciation meant he didn't have to actively lie yet.

But soon he did. "I've been away since childhood," he said to hide his unfamiliarity with the language she spoke.  His fluency in German and English was sufficient most of the time to understand but not always be understood.

She resumed knitting.  The wool was cream and brown and unbelievably thick.  On its own, his hand reached out and squeezed the ball of yarn. He caressed it, his training allowing him to note the lack of broken fibers that would cause itchiness. This wool could be worn on bare skin.

Convinced he was a local, she felt comfortable leaving the room with him in it.  A few cut ends of yarn were on the floor and he picked up a handful of them, tucking them into one of the dozen inner pockets of his Gore Tex jacket.

He soon made his goodbyes and coasted back down to the capital town. Before dinner, he shopped for wool sweaters.  At the stores, he played the German tourist and chatted with the friendly shopkeepers.  He easily divulged the name of his hotel.  The sweaters all looked and felt great. As expected with handmade products, they had no tags or markers.  He bought one and wore it under his wind breaker to dinner.  He also bought a small scarf.

Back at his hotel, he removed the sweater and scarf, set them on the bed and arranged some pens -one especially thick - on the desk.  Then he went out to see if the island's proximity to Scotland meant they had good whiskey.

They did.  When he returned, he didn't need to feign casualness.  He simply pointed himself toward the bed, clambered in and woke up with the sun shining in.  He packed up, happy that his head didn't hurt, and was driven back to the ferry.

At home, he studied the video.  Yes, his beautiful sweater had been switched while he was out.  The few sheep of the Faroes could not keep up with the demands of consumers and they had to re-sell their few great sweaters again and again. Te scarf must have been small enough to not unduly tax the production. The sweater he now had was okay, maybe Scottish, but not of Faroese quality.  He made further recordings of the laboratory research comparing the yarn ends he'd saved and the sweater in his possession.

He cleaned up the videos and made a documentary, then posted it online from his home in Saskatchewan.

And now the Danes were after him!  First, they wanted Canada's Hans Island. Now they wanted his video.  A Dane-led legal push against Youtube was in full-swing to remove and ban this video.
---

NOTES
1 For once, the image isn't giving much away. A slim man or cross-dressing woman with a too-short jacket in a luxury car.  Ah-hah! I'm sure the scarf is involved.

2 Tyler Cowen, at Marginal Revolution, visited the Faroe Islands and said (among many other things) (my bolding):


I give the place high marks for food and scenery, but the total population of about 48,700 limits  other benefits.  It is like visiting a smaller, more unspoilt Iceland.  There is a shop in the main city selling Faroese music and many shops selling sweaters.  They will not tell you where the sweaters were knitted.

3 The image of a sweater being knitted has been shrunk and was found here.

4 So much research for a short story.  I'm learning!

I have an unneeded Google Drive tab open and a Facebook tab (naughty! I should be more focused).  The others all related to the Faroe Islands.  As with Iceland, the Faroes work to keep their culture 'pure' and I was amused to find a list of 'approved' male and female names.  I recall that in Iceland, if you get Icelandic citizenship, you need to change your name to one of the approved ones.

5 I tell myself these meanderings, written before the story above is finished (I just wrote the bit describing the landscape and weather around Torshavn) are not procrastination.  The story is finding itself in my head. I need a wide range of inputs to put together a novel product. Well, again, that's what I tell myself.

6 I don't know much about Hans Island except that it is my homeland's version of Dokdo here in Korea.  The land is not that valuable but the surrounding ocean and ocean floor are or will be when the ice melts. As a Canadian, I feel somewhat compelled to defend the island as Canadian, but I don't know.

7 I am writing this in a library and will leave soon. I think I finished the story too quickly.
Posted by Surprises Aplenty at 3:55 AM