A discussion of the Riddle Master books at Tor caught my attention. I commented there and wanted to share it here:
I love Fantastic Beasts and the Riddle Master series. I have reread the latter books more than any others.
I do have some nitpicks – It drives me crazy to read, “Her face vague,” as a description of someone mysterious.


During my third to maybe seventh rereads, I had trouble with Morgon’s tantrums. He would smash a bowl or something. For example,

“Morgon reached methodically for the sword Bere had been sketching by the fire, swung it in a wide, blazing half-circle, smashed it in a snap of blue sparks against the stone wall. It gave a deep, flawless, bell-like protest before he dropped it, and he said bitterly, hunched over his stinging hands, “You could answer my questions.””

Later, it bothered me how so many people loved Morgon and Deth and Yrth. Maybe I am slow but it took a few more reads for me to recall they were basically gods and perhaps people loved them because they had to, rather than from friendship or the like.


and yet, I love those books and the beautiful descriptions.


Anyway, I saw the books on sale at a used book store a week ago and they caused me to want to reread them again.


This series was part of what made me want to be a writer. I didn't have all those criticisms thirty five years ago. It was just a cool story with wonderful things happening. And then Morgon became so powerful and mysterious and I wanted to know more.


Still, those tantrums bother me. And how does someone have a vague face?


I learned about Good Show, Sir on the same day as reading on Tor about Riddle Master. They have one other connection.


Good Show, Sir is a blog that shares terrible SF/F book covers. And this is the Riddle Master cover I remember best:


I don't remember any such purple. Morgon seemed to dress modestly and though a prince, was a prince of a small land and so also did his own farming. Maybe I am looking for an excuse to reread it for the 20th (probably) time but I don't remember anyone dressed this way. (Image from)


It doesn't really match Good Show, Sir for weirdness, though. Here is the weirdest one I saw at GS,S: 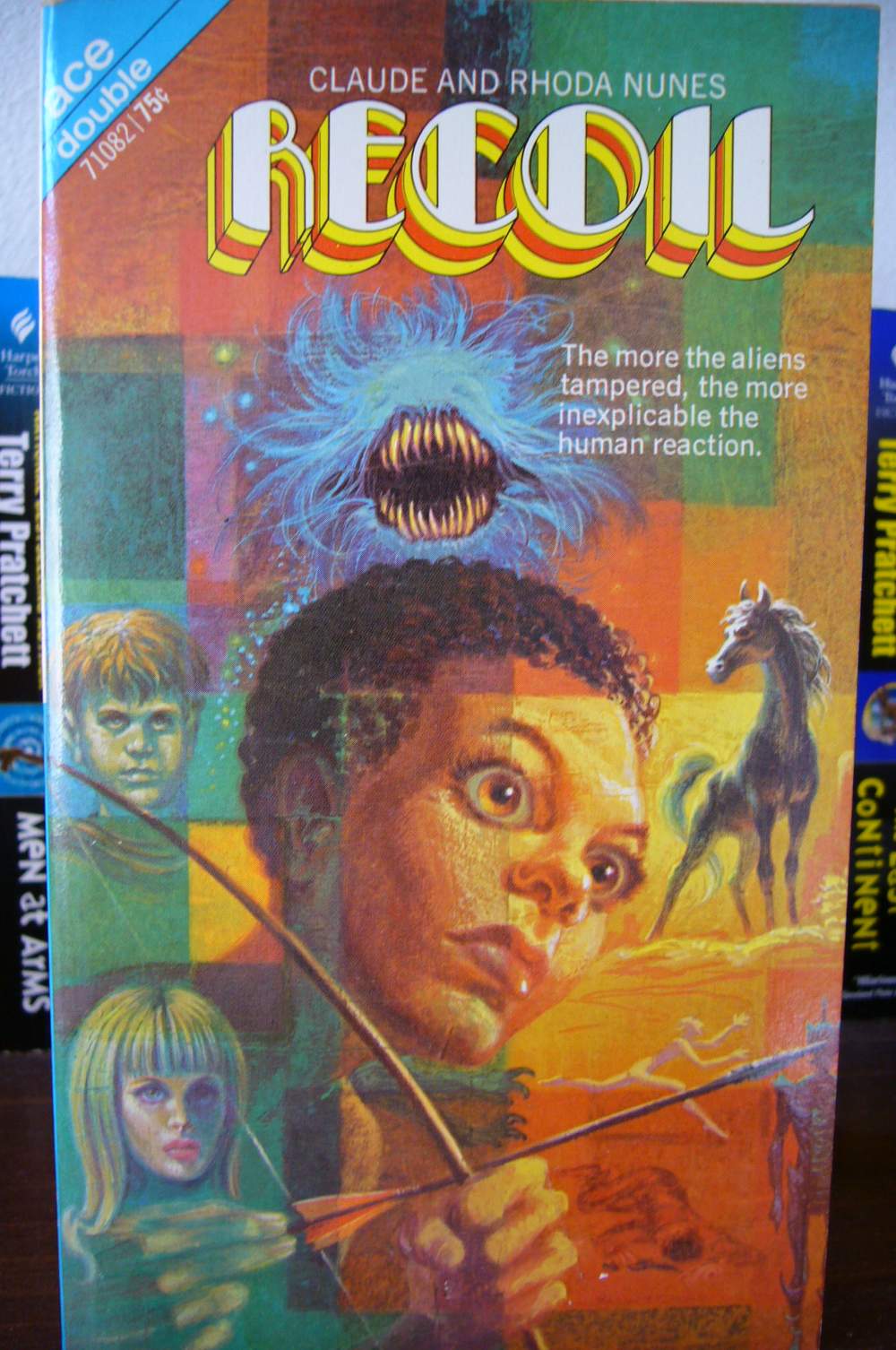 Posted by Surprises Aplenty at 5:16 PM