preparations for this Semester's CBT video

Nearly every semester, the Little Guy and I make a new video reminding my students to take a required exam.  The exam is held outside of my classroom and I don't see their score or even if they actually took it until after the semester is over.  Every semester an average of two students per class do not take it.  It is worth twenty percent and the scoring gets tougher so ten or eleven percent is easy and nineteen or twenty a challenge.  It is a nearly free ten percent...if they remember to take the damn thing.

Anyway, we have fun making the videos and my nephew saw some and is interested in making his own Lego videos.  He's young enough that he knows he wants to make one, but doesn't know what it should be about.  He often works the CBT (the name of the exam) into his works.  So, for him and any others interested in very amateur work, here are some pictures of my preparation.


Something of a storyboard.  Enough to keep up organized but with lots of room for spontaneity. 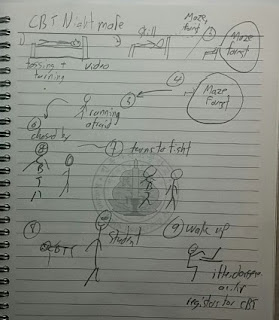 Some of the video takes place in the real world but the Legos will act out the dream sequence.  For my nephew, note that I am trying to unclutter the background and keep it as well-lit as possible. 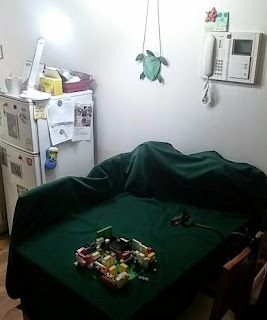 The figure on the bottom, in blue, is the protagonist.  He will be chased by the CBT monster in his dream.  When he decides to fight back, it shrinks and proves to not be that tough so there are three figures that will play the part of the exam. 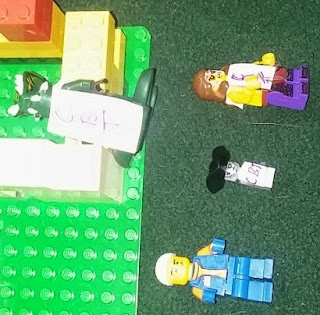 Posted by Surprises Aplenty at 1:30 PM