I have just returned from an ESL/science camp where I taught middle school students how to do research in biology. The way we teach it is pretty cool so let me discuss it a moment before getting to my intended subjects:
The camp is on a school campus with a large forested area in a rural part of a rural province. on the grounds can be found deer, boar, hares, badgers and more.  The camp director has worked to collect many English and Korean language guidebooks for a wide variety of plants and wildlife in the area. The books are mostly descriptive and are used for IDing the flora and fauna here and took/ are taking a long time and a lot of money to complete the library.  The students are taken on a few hikes so they can see what is around, then choose a subject to study. At this point, classes are divided and groups are taken to areas that they suggest. As camp progresses, the classes become more and more student run as they drive the research and we teachers become advisors and safety personnel. This year an injured deer was observed and photographed on campus and several game cameras (strapped to trees and recording whatever disturbs the motion detectors) caught other deer.
Research projects heavily featured the deer and hares, which we also had great photographic evidence, but also fungi, tree species comparisons, and scat (animal poop). The students finished the camp by giving a presentation on their findings and I learned a lot from the students.
----
Alright, back to the coverage of creativity at camp. The subjects and how they were studied did show creativity and perhaps I will write about that but for now, while I am tired, here are things students drew on my whiteboard: 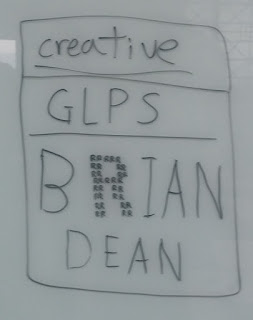 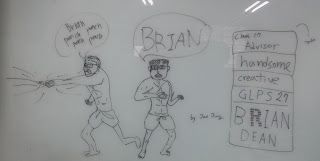 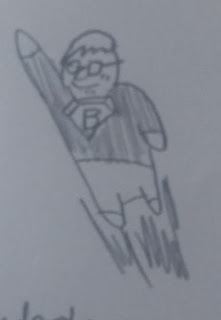 Next up, one evening while I was busy with writing evaluations, my son called me over to join in his nonsense. Well that is how I first felt as I was tired and had a lot to do.  Then I decided I had time for a break so I joined him and I am glad I did.

In the teacher's dorm, he had a mattress next to my bed and I joined him on it. He told me he was going to take me to a different, secret world. I gestured at the wardrobes and asked if we would use one of them. He said no and told me to lie down and close my eyes.

I did so, curious. And then he took me to a very different place. Here we were in our world: 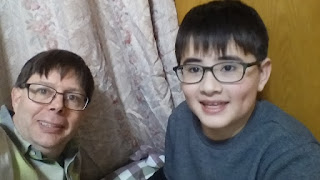 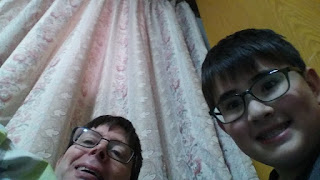 When I closed my eyes, and re-opened them, I was in bright cool place 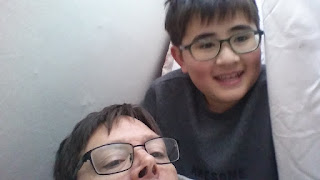 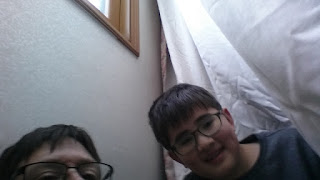 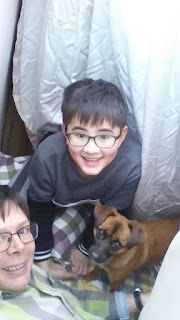 The sense of novelty and relocation was wonderful. This new world had such a different character. While I had been in a room with satisfactory fluorescent lighting, this new place was bright with natural light and the shape made it seem higher.  The room was well-heated but in the new place, it was much cooler, but still comfortable.

I want my son to take me to many other new, secret worlds like this.
Posted by Surprises Aplenty at 4:09 AM