Songwriters need a lot of people listening to their music before they are paid as much as their carriers.

Spotify just posted their financials and Paul Resnikoff at Digital Music News was quick to point out that the average Spotify employee salary is $168, 747.
...
Best case scenario, if a songwriter retains all publishing rights to their song then a songwriter would need 288,104,634.15 spins to earn the reported average salary of a Spotify employee.

---
I've long been a fan of maps. Especially of fantasy lands but the work to make intelligible maps of real places is an artform as well.  The CIA has released several decades of their maps.
---
keeping track of characters and subplots in your novel. How do you do it?
---
Book cover design. Below is a snippet of their infographic on the subject. 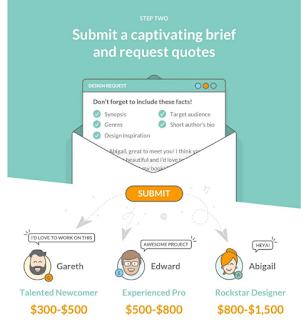 
In Australia, First Nations people will tell you about ancient spirits dwelling in our forests whether tropical, temperate or dry. Proud Lebanese will tell you that their cedar forests were used for Solomon’s Temple and to build Noah’s ark. They may not know that those same cedar forests appeared in the Epic of Gilgamesh, circa 2100 BC. Those heroes fought off monsters and cut down the trees. In contrast, the characters of Dan Simmons’ Hyperion travel on treeships beyond the stars…

---
The surprising arithmetic of literature. Below is one of three charts and discussion on the charts. 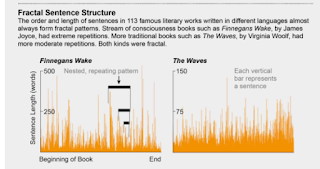 Posted by Surprises Aplenty at 9:50 PM