Falco Peregrinus lives around the world and while I think it was endangered, it has rebounded well and is not considered at risk now.
These photos were taken in Sokcho, Gangwon Province a few years ago but I see and hear them around my current apartment complex in Incheon.

Apartment complexes look somewhat like cliff faces and one apartment near my own did not have glass doors enclosing it. A pair of falcons nested upon it.  For about a week I could hear their piercing cries before I finally saw them and tracked down which apartment they were flying to and from. 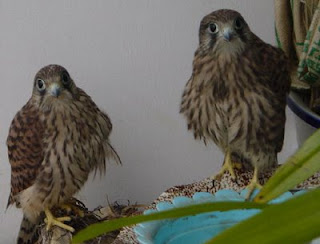 In the photo below, we see two juveniles, the left one much older than the right. One reason the adults were able to raise two full clutches is shown in the talons of the left bird; the apartment owners were feeding them. 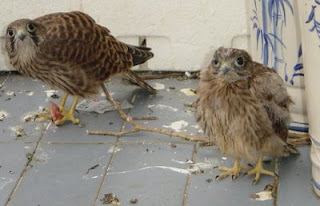 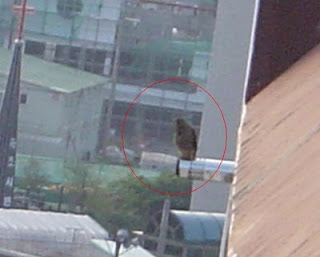 Posted by Surprises Aplenty at 9:08 AM