Write for your audience -and more

This confused Bolling until he heard Jules Feiffer say he wrote for both adults and children. "Both.  I write for the kid in me." 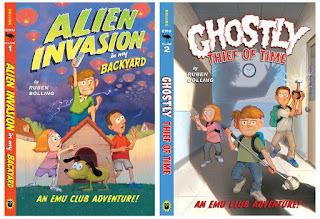 I hugely love Bolling's Tom the Dancing Bug comic and read it every week. He describes his work thus:


In addition, I realize now that when I write “Tom the Dancing Bug,” I’m not really writing for some abstract, whole “me.” I’m writing for the adult in me – that part of me that is interested in sketch comedy, absurdist humor and political and social satire.
But, speaking of plot twists, here’s the M. Night Shyamalan-type kicker at the end of the story: It turns out that even as I wrote my very grownup comic strip for 25 years, I’ve been also writing for the kid in me the whole time!
When I want to write about income inequality, I use “funny animal” Carl Barks-like comic book characters....
When I want to write about religion, I use a brightly colored, caped superhero.

---
Khiatons offers a round up of science news that seems perfect to power Sci-Fi stories. A few examples:


Carbon Farming Gets A Nod At Paris Climate Conference

Google Teams Up With Scientists To Track STD Outbreaks

Diagnosing malaria with a cell phone

This appears to be a weekly thing.  I don't think the links carried through so follow my link to Khiatons page for them.
---
Backstory: You're doing it wrong Lisa Cron explains a common problem with backstory - it stops the 'now' story and is mostly an info-dump.  Here is her suggestion:

---
Jon Winokur collects quotes about writing.  For some reason, I am giving only a fragment of a quote he has collected from someone else.  Anti-plagiarism habits die hard:


It is a delicious thing to write, to be no longer yourself but to move in an entire universe of your own creating. Today, for instance, as man and woman, both lover and mistress, I rode in a forest on an autumn afternoon under the yellow leaves, ...

----
I don't want this blog to be only about writing. I recently watched a woodcarving video by Dennis Stallings and finally see how the eyes should be done. I have always made googly eyes or bulging eyes.  Here I see how to inset them a little. 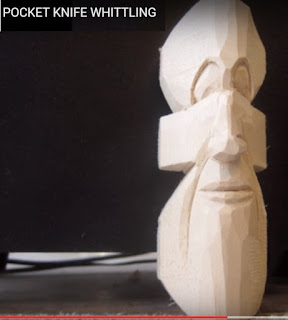 Posted by Surprises Aplenty at 7:38 AM