I should be looking for a house these days. I do but not as consistently as someone who could be homeless, with his whole family, in a few months should.

I don't actually know if that is why I am now interested in these images of author's desks and offices. Is this some adjacent sort of procrastination? An on-topic concern for what I will/might/should be buying in soon?

Here they are. Maybe I will add some commentary as I add photos and such.

Twitter claims this was Ursula K Le Guin's desk and workspace. A friend replied to the Tweet suggesting that this wasn't her office.  I don't know.The image came from her home but perhaps was not her office? You can tour her house here. 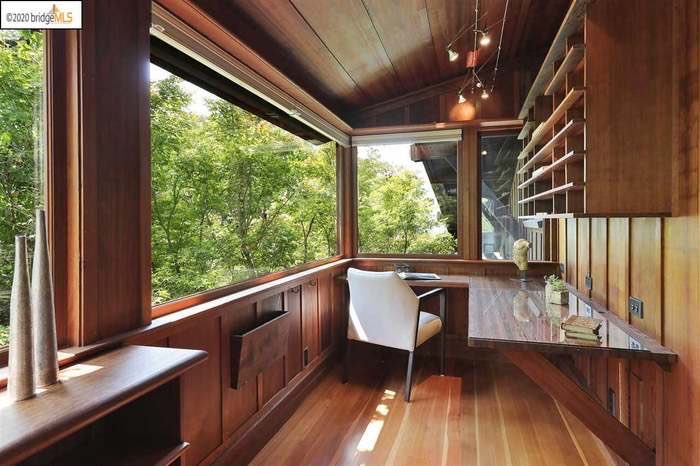 I will be looking at more images from that tweet by Into the Forest Deep. Somehow at that Tweet, I found a fairly large image but when I selected 'image in new tab' the result was smaller. I have gone with that image here so if you want a slightly larger one, follow the Tweet link.

Le Quin passed away two years ago so the office does not look lived in but ready to sell. I see myself as having maybe a writing space indoors or a workshop that transitions from cerebral writing and planning and drawing to more physical creative work, mostly wood carving. I would be afraid to hold a block of wood in Le Guin's space even while I love the views.

From the same Tweet, Neil Gaiman's desk looks more used. I would not worry about dropping a piece of 8" X 8" in there.

Tolkien's desk is shown in that Tweet but it looks far too genteel for my liking. University dons in the UK at the time had standards, I guess. I don't care for Terry Pratchett's desk for a different kind of clutter than Gaiman's. This many screens seems, well, silly. 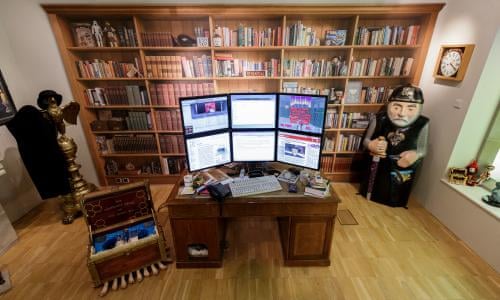 I do like other aspects of the room but there is too much bare floorspace. I mean, it looks good and I might aspire to having my mess in one place only but to me, too much bare space means underusing the space.

In these tweets, Cherie Priest shows us her office. Here are two images that I shrunk slightly - to see them full size, follow the link: 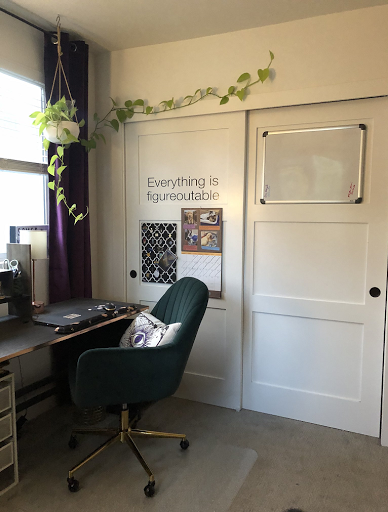 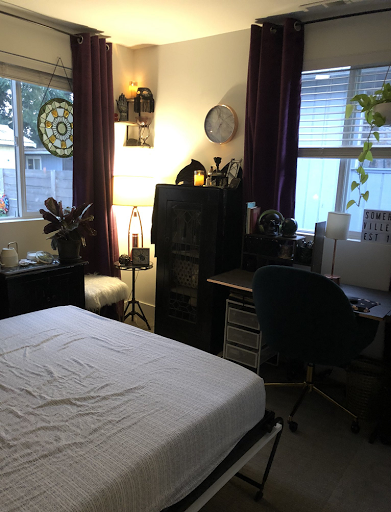 I chose these two, from an excellent assortment, to show her desk and also her Murphy bed. I think that when the bed is up, there are dog beds on the floor. My own bed, which does not fold into the wall, often becomes a storage and semi-workspace. I don't know if hers does but it is available.
I like the look of this office, no idea whose, the image (again shrunk) is from a real estate company. but the wood is beautiful. I like the idea of having lots of windows but I typically have to close the blinds because the light is brighter than my computer screen. 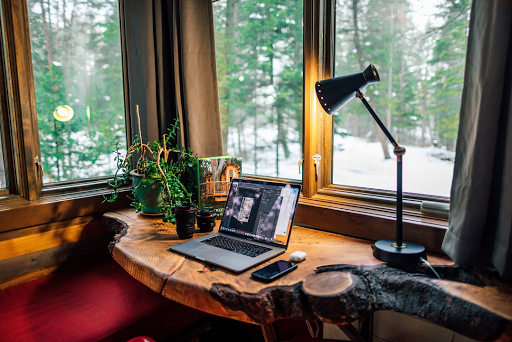 This, less professionally arranged, is what I expect my office, at least the writing area, to look like. From.

It seems to ordinary for me. Facing a bookshelf with windows nearby would be great.
I want more of this From here: 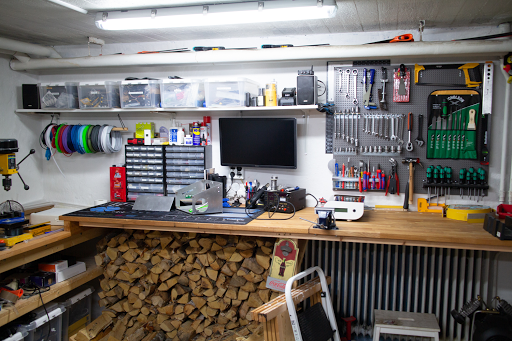 Not quite so practical or physical but at lest some elements from this image. Probably not the firewood under my workspace but probably nearby.
Again, just a little too physical: 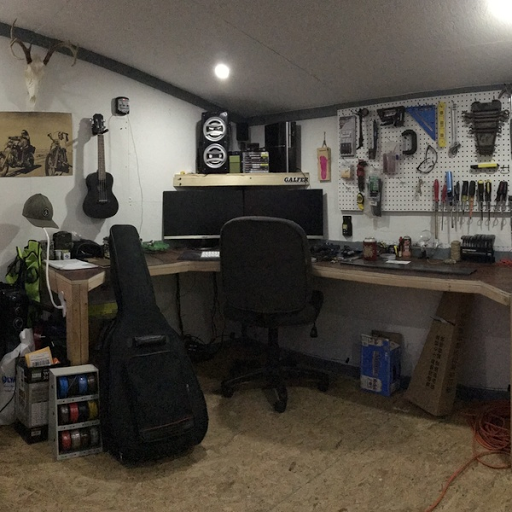 I life the idea of making a sort of police conspiracy board with images and text connected by yarn to help me see my stories. So I need so blank wall space I can temporarily tack up plans and brainstorming results.
I have started Inktober. I tried to draw the office I want. 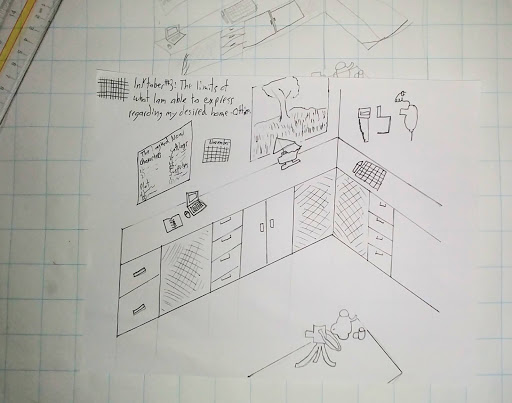 What I mostly see, and already knew, is that fine detail is beyond me. I wanted a transition from more intellectual work on the left and more physical work on the right. So my computer and a poster of ideas and plans for my Nanowrimo 2020 book on the wall on the left. I didn't think I could draw a credible chair and also show stuff on the counter so no chair. We we move right, we see more drawers and shelves, a model ship, a window with a view of a tree and another empty space where I could sit close to the counter and use a saw or a drill. There is a cutting board for delicate cutting there and I am struck by how my calendar, cutting board and dark empty spaces all are similar in appearance in my drawing! There is also an island or a table or counter at the bottom of the image with my tea and camera on a tripod. It has a lot that I want but so much more detail was beyond me.

Oh, deliberately included in my photo at the top is the pencil work on easel paper where I planned my drawing.

Posted by Surprises Aplenty at 6:47 PM No comments: