Voynich appears to not be solved yet.

This Salon articles claims the Voynich book has not been solved yet.
I thought it had been. I discussed the book previously at:

From the Salon article:


t's an approximately 600-year-old mystery that continues to stump scholars, cryptographers, physicists, and computer scientists: a roughly 240-page medieval codex written in an indecipherable language, brimming with bizarre drawings of esoteric plants, naked women, and astrological symbols. Known as the Voynich manuscript, it defies classification, much less comprehension.
And yet, over the years a steady stream of researchers have stepped up with new claims to have cracked its secrets. Just last summer, an anthropologist at Foothill College in California declared that the text was a "vulgar Latin dialect" written in an obscure Roman shorthand. And earlier in the year, Gerard Cheshire, an academic at the University of Bristol, published a peer-reviewed paper in the journal Romance Studies arguing the script is a mix of languages he called "proto-Romance."

I am grateful that we still don't know. I don't expect to solve it, but I feel better knowing such a book exists. Image from The Voynich Gallery

Posted by Surprises Aplenty at 11:33 AM No comments:

150,000 nature images entered into the public domain by the Biological Heritage Library.

Via Boingboing, I learned that the Biological Heritage Library had released 150,000 images via flickr. The birds below from Rural Hours. 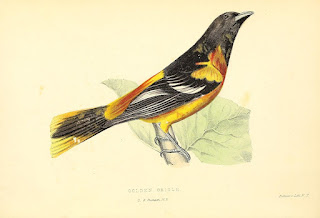 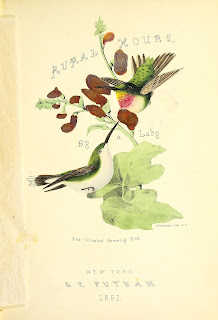 Posted by Surprises Aplenty at 9:12 PM No comments:

Thinking about writing and rereading

In my last two Nanowrimo books, I wrote a lot of setting looking for a coherent story. In 2019, there was a character who needed to escape her world, spend time in ours and then return to her own, accidentally bringing someone from our world with her. Why was she in our world? I wasn't sure and hoped a good reason would appear and fit in while I wrote. So I had prepared in my mind that she


The thing is, I hadn't picked one and so was vague about motivations and other details, instead mostly writing about travel and setting.

Fred Clark writes at his blog, Slacktivist. One thing he discusses is The World's Worst Books. This is not a constantly changing array of books, but one single series and he has been writing about them - or wrote about them - for decades. From the beginning of the blog post You can read this entire series, for free, via the convenient Left Behind Index. The ebook collection The Anti-Christ Handbook: Volume 1 seems to have disappeared from Amazon.
From midway through the post.


Redundant exposition and logistics we always get to read word-for-word. But when two characters have a conversation about their “hopes, fears and dreams,” all we are told is that this conversation took place. We know nothing more about their hopes, fears and dreams than we did at the start of the book.
Jenkins’ rule for dialogue seems to be that every logistical matter must be discussed aloud by his characters, but anything that might reveal who those characters are ought to be left unspoken and unwritten, only summarized in the most generic terms possible.


Clark is right about the books being terrible and this criticism is also correct. And it is exactly what I do! Runaway best seller, here I come!
More seriously, according Clark, Jenkins ran a class in novel writing that actually fits with Nanowrimo, where you were to complete a full novel and be ready to sell it in 28 days. At such a pace, you might need to skip motivations during the first draft and not have time to insert them later.

My current opinion on creativity is that it has a lot to do with bravery. Once Jenkins gives a character hopes, fears and dreams, he must remember them and refer to them as the character changes. In giving a character a few hopes and fears, or in my case, a reason for spending ten years on another world, the author is limiting other events and actions. Once limited, it is hard to broaden again. It takes bravery and some trust in yourself to add those limits and expect to see them through. I don't know if I have that bravery and Jenkins doesn't seem to.

While I am insulting people who actually publish their work, let me continue with that and write about rereading stories.

Do you reread books? A recent Twitter poll had a lot of respondents saying they did and what felt like an equal number saying there were too many books out there to go back and reread.

I reread a lot and discussed that with the example of the Riddle Master of Hed series. But this and some other events got me thinking about rereading a book, but not.

The first books I read included Roger Zelazny's Dilvish the Damned stories.  These were short stories that were collected into one volume and that is how I read them. But because they came from independent short stories, each chapter had quite similar expository sections where the character was named and described as well as the magic and weapons he carried. Reading each chapter was in a sense rereading some amount of the previous one.

This was pronounced in EC Tubb's series about Earl Dumarest of Terra, This was 100+ books long but also really the same book. I guess to save time and speed the story up, a lot of details were the same in each book. From using his fists like 'blunt axes' to woman cleaning his wounds and letting their fingers hang over the bandage to sneak caresses of his muscles to using 'slowtime' to move faster than others to every story having gamblers and priests - none of these are plot points but world building or background.

In modern times, I find every Jack Reacher book to be the same book with Reacher simply solving problems by punching them.

So is there a difference between reading a book ten times and reading ten Jack Reacher books or ten Earl Dumarest books?

To keep my post instructional, if only for me, let me note that I have described some very popular books today. The Jack Reacher books sell very well and there are currently two movies out with the character. It seems that even if Reacher or Dumarest stories are repetitive, people get comfortable with that repetition. We know these powerful, dangerous men will more than survive, they will thrive despite the dangers and they will beat the hell out of their opponents. Those opponents will suffer their evil!

Posted by Surprises Aplenty at 2:58 PM No comments: