Fair Use is the practice of using isolated fragments of the work of others.  I think we can agree that use of a single frame or still of a movie, perhaps in a review or critique of the work, will improve the review while not damaging the financial prospects of the movie.  A few seconds is probably fine.  A minute?  Now it might depend on which minute is copied and shared.
On this blog, I have shared a fragment of various comics - typically the first frame or two out of four or five.
In the US, fair use is legally protected but what are the limits? At the Center for Media and Social Impact, a set of guidelines on the subject are available.

"Can an artist use images from Facebook in her collage? Can an art teacher show pictures he took at an exhibition in class? Can a museum put a collection online?"
...
The Code of Best Practices in Fair Use was created with and for the visual arts community. Copyright protects artworks of all kinds, audiovisual materials, photographs, and texts (among other things) against unauthorized use by others, but it is subject to a number of exceptions designed to assure space for future creativity. Of these, fair use is the most important and the most flexible.Via Boingboing which also states and links to interest by Audio artists.

I have written before about Korean education practices and the way they seem to stifle creativity. (Earlier on education.) The current coach of the national soccer team is concerned about how robotic they seem in their attack game.


German coach Stielike, who recently won overwhelming plaudits from the Korean public for taking the national team to its first Asian Cup final in 27 years, told Spain’s daily newspaper AS that he has been taken aback by the players’ tendency to relentlessly follow directions without improvising what they’ve been taught to do on the field.
“I’ve never worked in an Asian country before,” said Stielike, who took charge of the Korean team last October with the mission of revamping the soccer landscape in the country. “In terms of team discipline, a coach couldn’t ask for more from these players. Their willingness to work hard is impressive. What they lack, due to the education of players, is greater creativity.”

---In what seems to be a hobby, a man in New Mexico has spent ten years carving and digging and expanding a system of caves, designing a beautiful set of tunnels.


The purpose of this gigantic artwork is to create an environment that would inspire “spiritual renewal and personal well being.” It will also serve as a venue for artistic events once it’s finished.

Regarding fair use, is the use of one image from the 21 plus a video on the linked site?  Here it is: 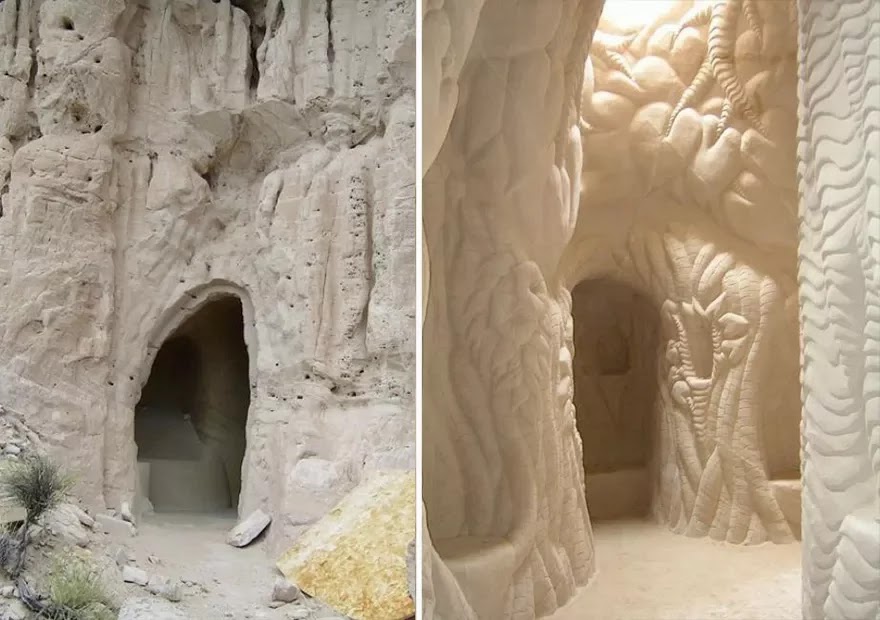 There is a documentary of the man and his work at the link above.
---
How can you glue metal to plastic?  Wood to nylon?  Ask This-to-that.
---
Strong leadership can unleash group innovation. This is a stub of an article and the rest is behind a  paywall.
---
Maybe a good bookend to the Fair Use guide is a look at how photocopiers have changed the way we work,
---

Robot School - an app to teach kids about programming.
---
101 things I learned in Architecture School. One of many books at wink.com - I can't seem to link to one specific book.

The picture and idea above is interesting to me.  When I can't think of an answer or solution to a problem, I try to think of the problem from a different angle.
Posted by Surprises Aplenty at 3:36 AM No comments:

My best ideas come 3 minutes after I leave the computer

Colin Marshall at Boingboing looks at the question of why your creative ideas all come when you are driving.


"I guess the nice thing about driving a car is that the physical act of driving itself occupies a good chunk of brain cells that otherwise would be giving you trouble overloading your thinking," writes Douglas Coupland in Life After God. "New scenery continually erases what came before; memory is lost, shuffled, relabeled and forgotten. Gum is chewed; buttons are pushed; windows are lowered and opened. A fast moving car is the only place where you're legally allowed to not deal with your problems. It's enforced meditation and this is good."

Posted by Surprises Aplenty at 2:50 AM No comments:

A chair from a champagne cork.

At Design Within Reach, people were challenged to make a chair from only the cork, foil and label and cage of one or two champagne bottles.  I like this entry from Michael Parker. 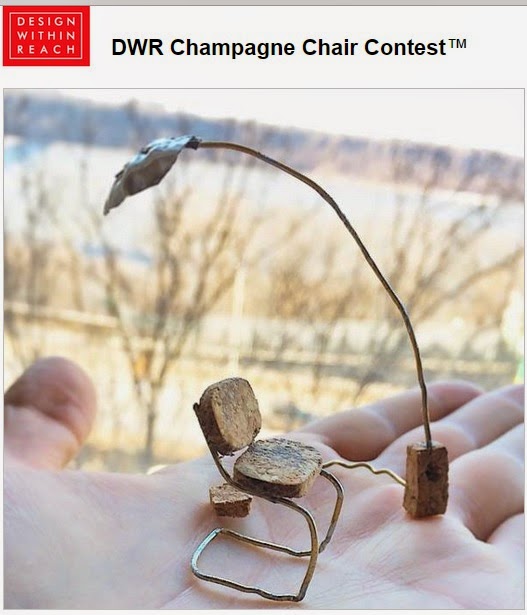 The entries were due between early December 2014 and mid-January 2015.  Time to think about this for next year.
Posted by Surprises Aplenty at 9:20 PM No comments:

How to connect my two obsessions?  Well, the word creationist sounds like something this blog would investigate.  And:


It's #DarwinDay! Celebrate by being consumed by insecurity and sitting on your best ideas for years! Also: BARNACLES!
— Ed Yong (@edyong209) February 12, 2015

I'm going to look at this tweet -an excellent description of Darwin's twenty years of tweaking before finally publishing his theory - as recognizing that I can still finish either of the two Nanowrimo novels I have first drafts of.  Well, nearly done first drafts of.
---
Answers in Genesis, a Young Earth Creationist group has tried to hijack the day by asking for "#darwinwaswrongday" Tweets (Darwin was wrong day).  Evolution proponents, typically more scientifically literate, appeared better able to do the hijacking and have produced a huge number of Tweets spoofing AiG.  My own submission suggested that Darwin (a city in Australia) was wrong about the parking plans for a local hospital.  Not all that funny, except for using the name in another context.
Posted by Surprises Aplenty at 8:21 AM No comments:

I am not sure what the name of the group, "BAM- BAD", means. It is based in Busan...
I am at a coffee shop now so I will add more soon. Added later: Not much more to say.  I expect I will attend.  Not to prepare a story.

The BAM-BAD Writing Group will be meeting on Sunday, March 1st. New writers are welcome to attend. All levels of writing experience from beginners to the experienced are also welcome to attend.
The model is simple. A loose theme is given, and you write 1-5 pages on the loose theme. The format can be anything... fiction, nonfiction, poetry, etc. Pieces will be read aloud and short comments made on the piece. Copies of the piece being read are encouraged (if possible), which makes commenting a bit easier.
The March 1st loose theme is "jungle."

More details at the link.
Posted by Surprises Aplenty at 12:57 AM No comments:

Labels: note to self, writing

I think I read a book or short story or two by Andrew Offutt. To be clear, I am not talking about any of the hundreds of pornographic novels he wrote.  The link is to an article by his son who was tasked with cleaning out his dad's office after he died.  It includes details on how he worked.  The website has some kind of block on copying so below is a screenshot (click to enlarge): 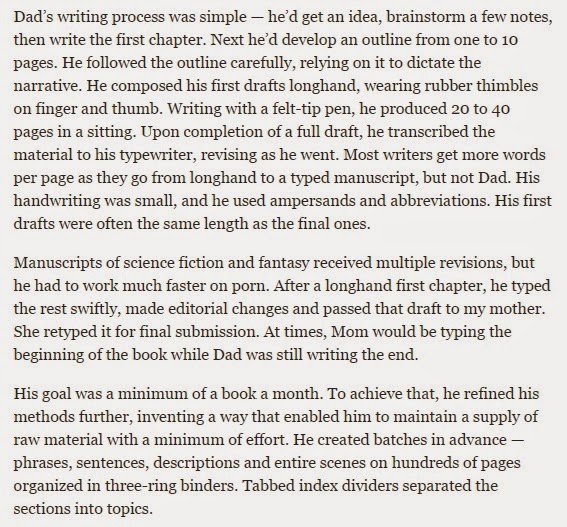 I really enjoy Grant Snider's comics and posters.  Maybe I'll buy one or two for my birthday this year.  I am held back mostly by the lack of space to hang them -my walls are concrete, as is normal in Korea and they sweat enough that tape does not stick and driving a nail in is challenging and permanent. A recent poster, about problems with words, is great.  Here is a small clipping. 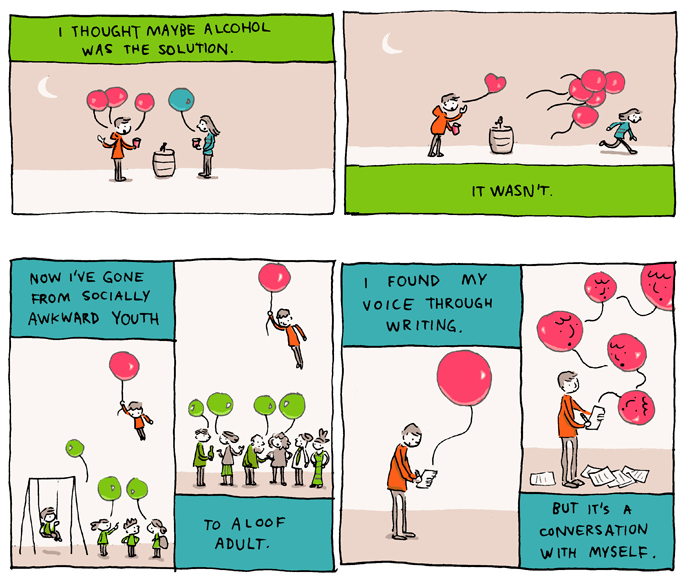 Read the rest at the link above.

---
Kim Young Ha says you should celebrate your child's first lie as it is a an act of creative generation. 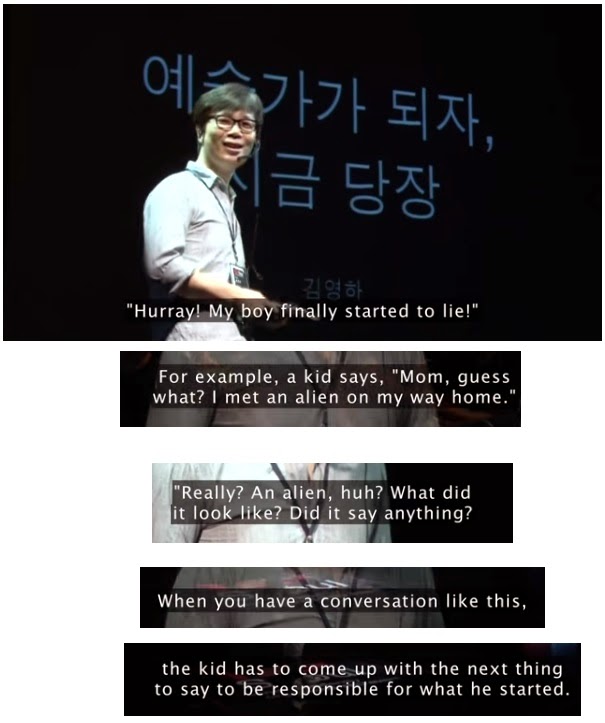 Some more advice from Canada Writes on CBC.
---

More on infographics at Scientific American (Sci Am first covered the subject in January).

If you're working on infographics, then you might be interested in some Venn Diagram apps and online resources. Here's one.  And another.

Posted by Surprises Aplenty at 6:29 PM No comments:

As a youth, I enjoyed playing pickup games of football, basically tackle-but-with-no-padding-so-not-all-that-hard tackle football.  As a incredibly fit but equally clumsy player, if there were an uneven number, I would typically play always-offense.
Now that I am middle-aged, I don't play the game.  And since I have no TV and no longer live in North America, I don't watch the Superbowl.
I know that it is going on -right now- though.  And one thing that really caught my attention was the way people are laying out the food. 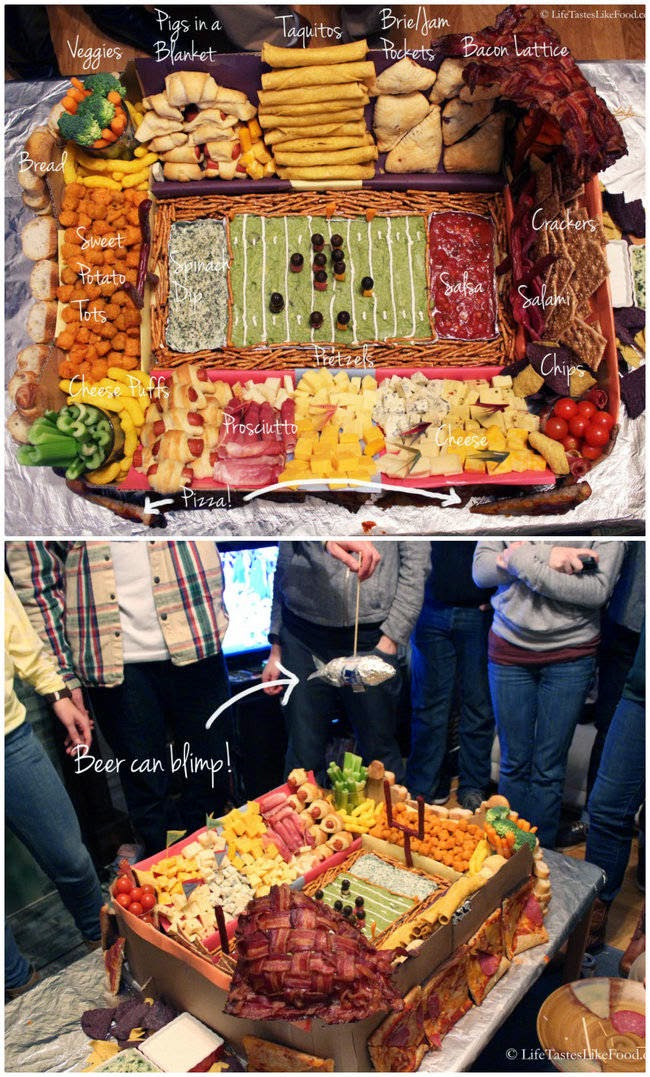 I now want a bacon lattice -on anything, really.
Posted by Surprises Aplenty at 7:21 PM No comments:

collaboration and sharing - Sci Am and the Freer and Sackler Gallery

Scientific American discusses Creativity is Collective.  An excerpt (a fairly large one at that. The link is to the teaser; the rest is behind a paywall):


Albert Einstein once observed, “Everything that is really great and inspiring is created by the individual who can labor in freedom.” In these terms, the straitjacket of groups and of mainstream society is often thought to spell death for creativity. Many see the notion of group creativity as an oxymoron.
But let us think creatively here and challenge the basic assumption that the individual creator is the only critical component of the creative process.

---
40,000 works of Asian art are available from the Freer and Sackler galleries.


That's thousands of works now ready for you to download, modify, and share for noncommercial purposes....you can explore the Smithsonian's museums of Asian art from anywhere in the world, whenever you like. Images can be used for all non-commercial purposes, from desktop wallpapers to artistic gifts for family and friends.

I browsed the images and they look great.  I have to wonder about the classification system though.  As you can see in the image, I browsed by culture and found 'Native Americans' and 'Crow Indians'.  I don't have the skill to recognize a crow drawn using Native American techniques -if indeed such a term can apply to the many nations across Canada and the US - but I can recognize Hanja, or Chinese Characters. 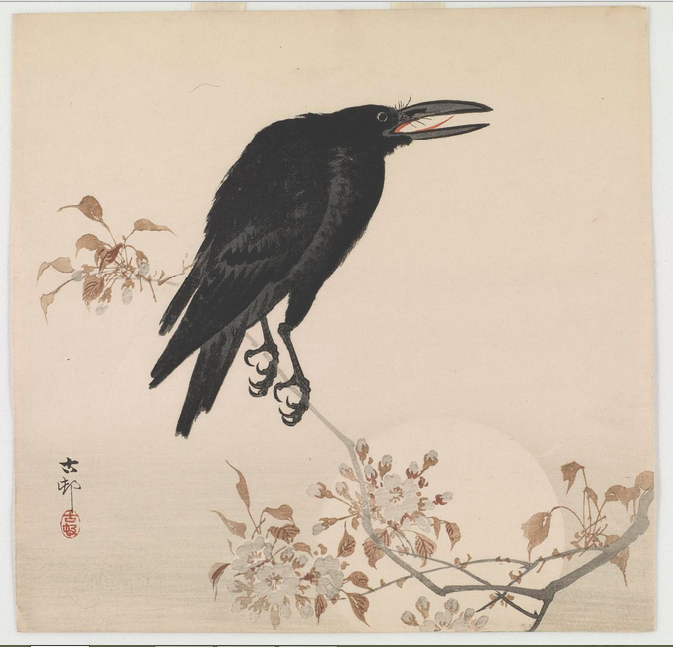 Posted by Surprises Aplenty at 4:15 PM No comments: