I just discovered the BEST thing.

Folks, folks! You know that break between paragraphs when you get a scene change? How lots of books have a little drawing or 3 asterisks in between?

I found out what that's called.

On Quora, I answered a question about animals with both lungs and gills. Frances Dougherty, the questioner, is trying to write a story about mer-folk and wanted to somewhat realistic creatures in it.Some excerpts or explorations of his story are here.
---
Quillbot is a grammar and thesaurus app. 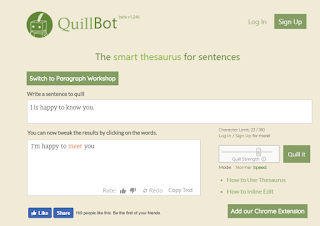 I like the increase and decrease option
---
I answered the following question on Quora: “If it is true that imagination is infinite? Can you imagine a new color and what is the name of that new color?” Some of my answer:


I don’t know if imagination is infinite but it is large. I like this question because of the contrast between knowledge and creativity.
...
I think a physicist could not answer this question, or at least could not offer an imaginary colour. They might state that the three primary colours we see are all elements of light and reflection and new colours would break the physics of light. They might offer something like vantablack. Or perhaps a difficult colour like the purple of ancient royalty that could only be achieved using a specific mollusc around Egypt (Why Is the Color Purple Associated With Royalty?).
A less knowledgeable person, like me, could more easily say, yes, I am imagining a colour between red and blue which you can only see when you wake up and have, uh, sleep-sand in your eyes. Once you rub the sand from your eyes you cannot see it. Ghosts and magicians use it to leave messages while you sleep so when you awaken, only you can see it. ...
Since I mentioned a conflict between intelligence or knowledge and creativity, here are some examples on Quora. I don’t think these are questions I have answered although I might have done so with one or two of them. Is creativity intelligence?What is the relationship between intelligence and creativity?How do I raise children without limiting their creativity and intelligence?What do you admire more: Intelligence or Creativity?\
How is creativity better than knowledge?Does knowledge limit creativity?

Posted by Surprises Aplenty at 6:04 PM No comments:

I now live in a rural village on the outskirts of Kimhae in southern South Korea. The temperature here is at least five degrees warmer than Incheon and I like that. This Canadian is getting thin-skinned.
This is also my explanation for a late post.
--
The Military Industrial PPT Complex is not state-of-the-art, unless the slides are meant as a form of torture. Archive dot org. Motherboard. If i use these examples in class in South Korea, I won't be guilty of espionage, right?
---
Posted by Surprises Aplenty at 7:36 PM No comments:

I am not sure why I am including my photos with this one. I only had my phone with me and, well, I recognize the turtle in the picture but if you do not even see it, even with the red circle, I understand.

So why post it? I can't say why I am posting a picture except for the modern 'pics or it didn't happen' complaint. Mostly, I saw this turtle on Feb 1 and the air temp was 1 Celsius. A few years ago, I was surprised to see turtles in Ontario Canada swimming early, but that was late April I think, not the beginning of February. 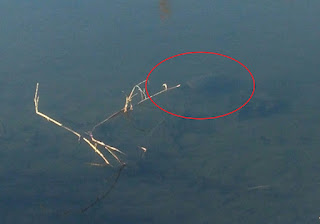 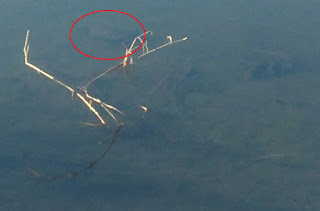 Some information on Slider turtles, spread around the world via the pet trade.

Posted by Surprises Aplenty at 7:30 AM No comments:

Ed Yong discusses what he did, and why, to interview 50% women in his stories. That link is to his Twitter feed. Here is his article in the Atlantic.


To find more female sources, I just spend a little more time on all of the above—ending the search only when I have a list that includes several women.
Crucially, I tracked how I was doing in a simple spreadsheet. I can’t overstate the importance of that: It is a vaccine against self-delusion. It prevents me from wrongly believing that all is well. I’ve been doing this for two years now. Four months after I started, the proportion of women who have a voice in my stories hit 50 percent, and has stayed roughly there ever since, varying between 42 and 61 percent from month to month.


Another popular critique is that I should simply focus on finding the most qualified people for any given story, regardless of gender. This point seems superficially sound, but falls apart at the gentlest scrutiny. How exactly does one judge “most qualified”? Am I to list all the scientists in a given field and arrange them by number of publications, awards, or h-index, and then work my way down the list in descending order? Am I to assume that these metrics somehow exist in a social vacuum and are not themselves also influenced by the very gender biases that I am trying to resist? It would be crushingly naïve to do so.


It is getting increasingly easy to find such people. The journalist Christina Selby, writing at the Open Notebook, compiled a list of tips for diversifying sources. The journalist Mollie Bloudoff-Indelicato created Diverse Sources, a searchable database of underrepresented experts in science. 500 Women Scientists, a nonprofit, created Request a Woman Scientist, a similar (and larger) database. Both can be filtered by country, specialty, and more. Several scientists have compiled lists of women in microbiology, astronomy, physics, evolution, political science, neuroscience, and more.

---
As a youth I chose not to read RA Salvatore. I considered him a fanfic writer like whoever wrote Shades of Grey or Twilight. And it is true his writings were basically Dungeons And dragons games transcribed. In those days, I couldn't see what creativity he added to the stories. To me, without having read them, mind, they seemed to be merely deep dives into Monster Manual and the DM handbook and such.
I have read a few of his books now and they passed the time well. I cheered for Drizzt and enjoyed the stories. I don't know if they are high art but at the same time, I typically avoid serious literature so I am not a knowledgeable judge. I would read another of his books, although I would not put much effort into hunting one down. Ah, here is my clear position. I would read one of his books before I would read another da Vinci Code sequel.
Anyway, this story, entirely unrelated to my rambling here, of a young reader who wrote to Salvatore and received responses made me like Salvatore even more. In a time of typewriters and no copy-paste, this letter shows individualized attention.
---

Posted by Surprises Aplenty at 11:01 PM No comments:

I never understood how people could miss a squirrel if it were in the area. I mean, they are at least as big as a rat, right?
Nope. The siberian flying squirrel is mouse sized. The tree below is around 30 cm left to right so the squirrel on it is much smaller than that, even with the tail 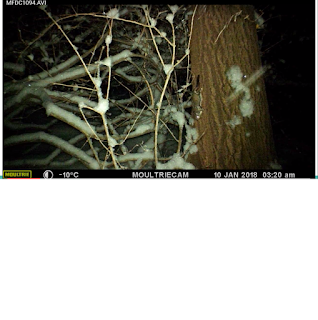 The main reason we know they were around was finding their scat. Warning, poop photo below!
.
.
.
.
.
.
The label was added to the pic by students using it for their presentation. 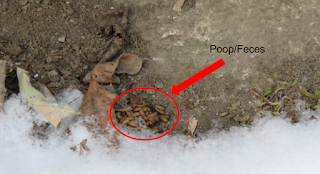 Posted by Surprises Aplenty at 5:55 AM No comments:

Rowan Atkinson has a one hour documentary on how to do comedy. Informative and funny.
---
Why are Icelanders so creative?


Iceland made a concerted effort to introduce innovation education, or IE, into their curriculums more than 20 years ago and researchers and Icelanders alike agree it is key to their booming creativity.

“Creative kids here in the United States tend to be looked at as a problem.”
All children in schools devote time to learning to use tools, how to build and create all manner of products, and more. Such practices are on the decline in the United States, where more and more attention goes to testing. Icelanders test little, do not have IQ tests in school, and focus instead on learning and applying skills in all areas of the curriculum.

---
Science Fiction writing award likely were never apolitical. but a few years ago, the political bent of the writers became more important than the writing. At least for some writers who made two groups the Sad Puppies and Rapid Puppies. I think the main excitement was two years ago, but there is still fallout. One such writer has had his membership for Worldcon revoked. Link is to a discussion of why his membership was revoked.
---
If you felt the need to broadcast the value of our civilization to the universe, how would you do it?
---
Advice from writer Heather O'Neill's father. A few of the tips:
---
Rupi Kaur; the Instagram poet
---
Writing, well or poorly, is good for you
---
Sketching Science

Posted by Surprises Aplenty at 12:43 AM No comments: