I won! I finished Nanowrimo! 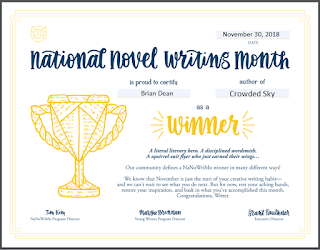 Sure, I filled out the form, but the Nanowrimo website gave me the template.

This was my weakest 'story' yet. At best, it is an overview of things an actual novel would need, maybe some background ideas. One huge problem with my story is the scale. It is the story people, and non-humans, living on 36 planets and looks at intelligent design and religion. Well, it was supposed to be that; in fact I got bogged down in individual stories. In a story about space travel and beings with Godlike power, the main action takes place around a mudslide.

Still, I see what I need and I have some backstories for several of the planets now. I am not ready to write this story, but I know better how to get ready.
Posted by Surprises Aplenty at 11:13 AM No comments:

The Digital Comic Museum has opened a huge archive of comics.

Boingboing has a few details:


The Digital Comics Museum has over 15,000 Golden Age comic books (all in the public domain). It's a treasure trove of clip art and inspiration for designers and artists.


The DCM asks users to register and log in before downloading comic files. Registration is free, and—for now—there’s no limit on the number of titles you can download. You can enter the archive here.
When you're there, make sure you visit the site's ever-growing collection of those notorious 'Pre-Code' Horror comics of the 50s. Also see the Archives and Collections area where artists of note have been given their own individual spotlight.

To see teh downloaded comics, I needed a 'cbz' reader. I used a Chrome app. Here are some others. Quora also listed options. Here is another.
So what did I find of interest? 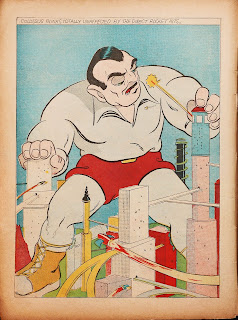 And Fletcher Hanks can be found there as well. Hanks was featured here previously.

Here is the 'superwizard' Stardust! 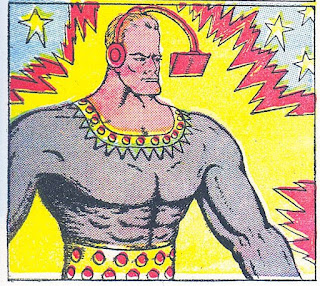 A search for Canada revealed: 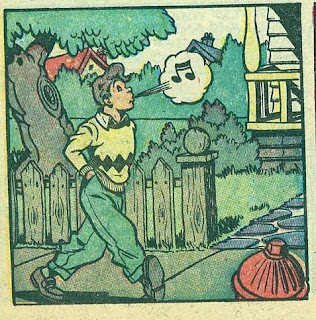 Homer Cobb seems to be an Archie clone invented by Canadians.

Posted by Surprises Aplenty at 4:29 PM No comments:

Yesterday, the words flowed and I got ahead of my word count. Eventually, I completed a specific scene and needed to start a new thread, a new situation.

I know that I could have found another 100 words but it would not have been easy. So instead, I sharpened my ax. By this, I mean, I wrote notes and planned the next scene and decided where it would take me. What did the characters need to say to move the story forward and such.

I like the ax sharpening metaphor. I first heard it in a lateral thinking question. Two men are chopping down trees and both work for 8 hours. One works the entire time, chopping away while the other stops after 50 minutes and sits for 10 minutes and chopped more trees down. Neither man were tired and both also took lunch and bathroom breaks. How did the man who worked 50 to the other's 60 chop down more trees?
The who who stopped every hour sharpened his ax and so each swing of his ax was more effective.

Here's hoping that yesterday's planning makes me faster today!
Posted by Surprises Aplenty at 11:32 AM No comments:

50,000 images from the Art Institute of Chicago

This was a longer post, including a link to the Kottke article that alerted me to it. Those details have vanished.
Posted by Surprises Aplenty at 3:58 PM No comments:

Google Spellcheck highlighted it and suggested I meant 'pimped'. It that so common a word? Am I so old?

"Alphaadeul' is the name of a character in my story. I needed a fantasy name and folded Greek and Korean together. Then I found I couldn't really do that for the entire story. I can't have 30% of my characters have the same name. Not unless my story is about the nature of identity.

Anyway, I guess a lot of people are pimping.
Posted by Surprises Aplenty at 1:14 PM No comments:

I am nearly on track but I wasn't prepared and I am having trouble finding material to write about.

My story is titled The Crowded Sky 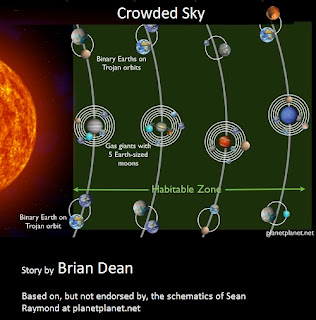 Clearly the title needs work. Or at least the attribution does.

My main problem is, I have a high concept but now I need the nitty gritty, the human stuff, to take place within the concept. And that picture and those planets were all the 'world building' I did beforehand. I am now making up countries to fill a few planets and moons and inventing names and so on. Its all a mess.

I am hugely indebted to the Nonsense Word Generator  for helping me with placenames.
And to discussions of Proto-Indo-European Language or PIE.

I will probably not be on pace by the end of today but I have completed a normal day's minimum and so and filling in for previous days- I am catching up.

Posted by Surprises Aplenty at 2:33 PM No comments:

Just some weird trees I have seen while hiking. 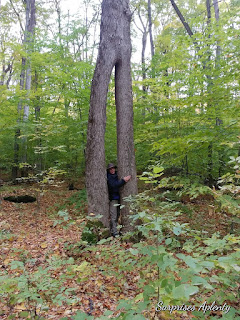 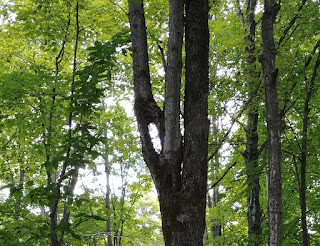 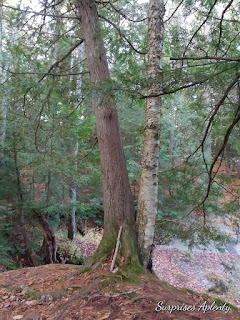 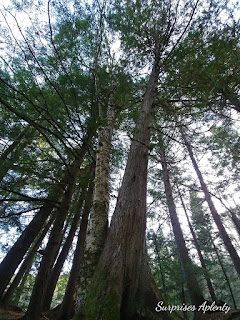 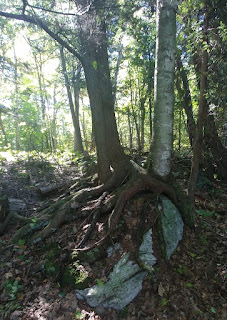 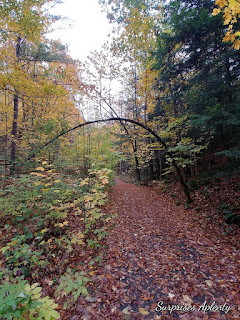 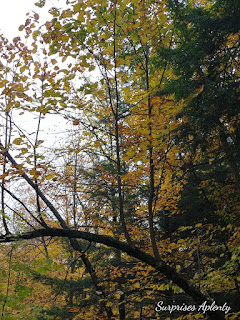 Posted by Surprises Aplenty at 9:21 PM No comments: