A teacher in Thailand has many students doodling on their tests.  The teacher treats this as a collaborative process and adds to the doodles.  See here and here and I think the latter is the teacher's own blog.

When I found similar doodles I would typically photograph them to share but this teacher's work seems more fun.

I'm at my sister's house in Alaska so I don't feel like adding much to this post but I'll see what images I might still have.
Posted by Surprises Aplenty at 10:38 PM No comments:

Don't be too alarmed - this isn't a real cheetah, just a carving.

I was a little disappointed once I had finished sanding the carving.  Even after vigourous sanding, there were obvious knife marks where I had cut too deeply.  I was really upset about how it looked.  Then, the yellow coat of paint was applied and it looked at least as bad if not worse.

Then, I added the spots and suddenly, it looks great!

Again, this is not a real cheetah in the picture.  It is a real snake so you can imagine a cheetah v python battle if you want. 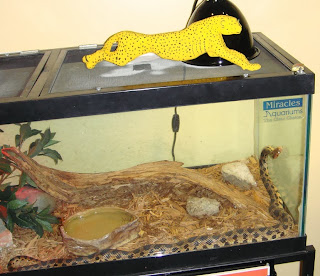 There are some glaring problems and errors - well, glaring to me.  Two pieces of easily shared advice I learned from carvers are 1) when carving with a blade, you always cut too deeply (the alternative is using a grinding tool) and 2) when showing your work, don't mention the errors or mistakes.  If you, the observer, can't see them,I'm not telling you what they are.  They stand out to me because I have held, cut, sanded and, yes, caressed, every bit of this carving and know it better than anyone else.
--
That said, many of the other carvers offered compliments, and advice.  One gentleman, as soon as he saw it, said, "It's too yellow!"  I was a little pissed off but the man who had lent me the paint accepted the criticism and remarked that that was all the paint we had to use.  I saw I was a little too thin skinned on the subject and so learned another lesson.
Posted by Surprises Aplenty at 2:59 PM 1 comment:

The snowbow pictures shown are deliberately small (this isn't a scenery blog!) but please click to embiggen if you want to see something cool.  The second picture is from a little later in the day, just before the sun set -well, forty minutes before, versus the one-hour-and-change before for the first picture- and the 'snowbow' just kept getting brighter and brighter.  Both the snowbow and the extreme brightening of it were fascinating. 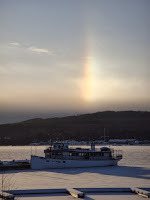 I am nearly done carving the cheetah.  Only the eyes and some of the muzzle remain.  Here I am, working in the kitchen rather than the garage because minus 25 degrees is too much for me.

Here is the cheetah just before I started sanding.

There is a lot of sanding still to do and I have not started sanding the face.  Once the sanding starts, you can't do any more carving: some grit embeds in the wood and damages the blade. 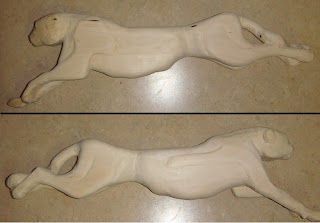 Posted by Surprises Aplenty at 4:35 PM No comments: 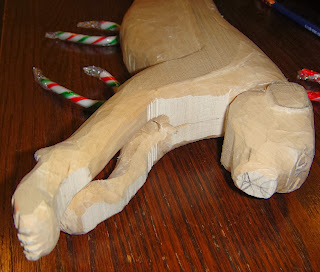 The nose and muzzle are my current challenges.  I have redrawn the nose so many times that I am not entirely sure which pencil marks I should be following.

Posted by Surprises Aplenty at 11:17 AM No comments:

As a child, Judy Blume reviewed books that didn't exist. Apparently, she liked them all - she never gave a bad review.

The artwork of Glitch is available.


By giving up our ownership and any rights associated with all these designs, images, characters, drawings, animations, systems, and code, we hope more people will be more easily able to create new works with them. (The initial release was targeted towards developers; the hope is that they will repurpose the assets in ways that will lower the technical barriers so they can be enjoyed, appreciated, or re-used by more people.)
It doesn't matter to us if those new works are commercial or artistic or educational. It doesn't matter if the Glitch art is just the basis for inspiring something else or if it is reproduced exactly. It doesn't matter if we like the results or not. Anyone can use any of it for whatever purpose they want without any restrictions. 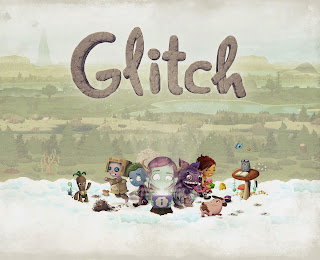 Meet the de-imaginator!  "Enemies of imagination, these shadowy figures are locked in an eternal struggle to stop the trafficking of mysterious contraband. Beware of their grabby little hands!"

I never reached this achievement while playing the game, but I'm sure my friends would all agree I embody this achievement.  Although my power is more to terrify others with my sneezing power.

I'm still carving and expect to see images soon.  I have to be done the carving and sanding by next Tuesday.

Posted by Surprises Aplenty at 2:08 PM No comments:

A friend was displaying this quote on Facebook and I took the trouble to find out more:

"She had an unnecessarily loud voice, a bit of a bray, like some enchanted, hot donkey."

It is apparently from Gone Girl and this website used it in describing how to write emotions and feelings.
---
In the mall Chase Scene from the Blues Brothers. This link include the chase scene, a side-by-side comparison of the original and the Lego version and a 12 minute 'Making of-" video that looks like it will be useful for my son and I in our more-minor attempts at stop motion.
---
My son has written a story:

They got so tired of arguing that they fought for that delicious impala. Bryson, Carson's assistant clawed Phil the cheetah. Phil was really hurt. He had to stop the job. Everybody was sad. Carson called Tyson. Albert called Colin. They told Tyson and Colin, “Come help.”Colin arrived in a FLASH. Then colin did a 360 kick . He kicked Madelaine the leopard right in the stomach. Madelaine and Phil both needed to go to the hospital.

Albert just grabbed Bryson and threw Bryson in to Carson. Now Bryson threw Bob the cheetah in to Jacob but, Jacob escaped the throw. Bob landed on the ground really fast. It was a night a very quiet night.They were all sleeping except Albert. He was walking around his house trying to think about something. Next morning He told Carson we could share the impala. Carson thought that was a good idea. And they shared the impala.
See the next adventure that Albert does!

After I finished my InNoWriMo sory, my son wanted to attempt something smaller but still significant.  He chose the huge goal of three thousand words in a month. He made a hundred and five yesterday and finished his first story an hour ago.  He is still set on making 3000 words and is now at 220 in two days but has decided to make a book of several distinct adventures rather than one long story.  The lead character originally had his own name but I have changed it to 'Albert'.

He would love comments and has asked me to post his story so he can get responses.  A wonderfully naive boy, he believes his father is popular online.

My InNoWriMo story is not finished yet - I completed the 50,000+ words, but I figure I need about 10,000 more to finish the story.  that may have to wait as I am in another contest - Surprises Aplenty Vs Christmas!  I need to finish carving and sanding this cheetah before Dec 17, so I can paint it before we travel for the holidays.

I'm really hoping you can see some changes in the face and paws in these photos.  Expect to see more in the next few days. 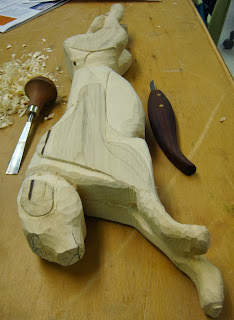 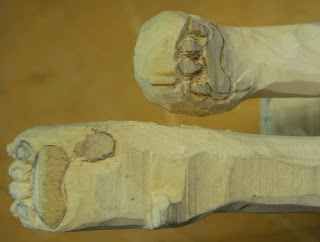 Posted by Surprises Aplenty at 8:56 PM No comments:

Snider on editing a novel

See the rest of the comic here.
Posted by Surprises Aplenty at 1:17 AM No comments: