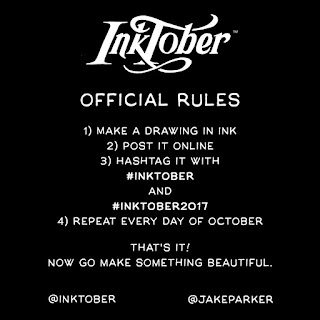 3. Including your name (and address) in the file
It's impossible to anonymously evaluate a text when you have the person's name sitting in the right hand corner of the last page. Please remove your name and any identifying information from your submission (except the title, of course). We have our own ways to keep track of who you are and what you wrote.

A guide to writing prizes for Canadians4. Sending the wrong file
Are you attaching the proper document? Sometimes we receive frantic emails from people who realize they've sent in the wrong version of their story. Some keep tinkering with it after it's been submitted and want to send a tighter version. By then it's too late. We only accept one version of each entry for evaluation.
A guide to Canadian literary magazines and journals open to submissions


The 2018 CBC Short Story Prize is open for submissions. Canadian writers can submit original, unpublished short stories until Oct. 31, 2017.
The winner will receive $6,000 from the Canada Council for the Arts, attend a 10-day writing residency at the Banff Centre for Arts and Creativity and have their story published on CBC Books.

---
Introduction by Ursula LeGuin to her new Hainish novels collection. An excerpt:


Methodical cosmos-makers make plans and charts and maps and timelines early in the whole process. I failed to do this. Any timeline for the books of the Hainish descent would resemble the web of a spider on LSD. Some stories connect, others contradict. Irresponsible as a tourist, I wandered around in my universe forgetting what I’d said about it last time, and then trying to conceal discrepancies with implausibilities, or with silence. If, as some think, God is no longer speaking, maybe it’s because he looked at what he’d made and found himself unable to believe it.


Usually silence is best, but sometimes I think it’s better to point out some of the gaps, to prevent readers from racking their brains in the effort to make sense out of what doesn’t. People ask, for instance: how did the League of Worlds morph into the Ekumen? or why did mindspeech suddenly vanish from the universe? I can’t answer the first question at all, but I know what happened to mindspeech. I couldn’t use it in a story any more, because when I began to think seriously about the incalculable effects mutual telepathy would have on a society, I could no longer, as it were, believe in it. I’d have to fake it. And though a fiction writer mustn’t confuse her creation with fact, encouraging “the willing suspension of disbelief” is not the same thing as faking.

---
From Quora: What should male writers think about when writing female characters. This answer reminds men that women are not always thinking about their chests in the way many men are. Here is an excerpt of what not to write:


She rolled out of bed and put on a shirt, her nipples prominently showing through the thin fabric. She breasted boobily to the stairs and titted downwards.

I did not answer that question but I did answer a few. My social media writing is really taking off - but I neglect my blog. I wonder what my priorities are?
I was one of several who answered:

---
Another question was about prepping -not for the coming zombie apocalypse, but before writing a novel. This list looked good.
---
The Voynich manuscript has been solved, or deciphered. It is text describing medical treatments for various ailments. It is difficult to find a single bit ot excerpt; I guess this will do:


It is reflected, however, in the illustrated Zodiac wheels of the Voynich manuscript; the additional ingredients can be identified by the trademark patterns on the bathing tubs, a practice of ingredient identification used by many a medieval apothecary on his albarelli (storage jars). Each Zodiac wheel in the Voynich manuscript is populated by depictions of naked female figures in the classical tradition of either bathing in hip baths or in physical exertions.

I briefly mentioned Voynich here, the link in that post goes to the digitized books.---
Using images in English Language Teaching, a free e-book (pdf format found at the link).
---
I try to carve wood. I know what a stop-cut is. At a carving tools fair, I picked up a few chisels, gouges and blades that I thought were appropriate; at the check out the clerk asked me what I planned to do with them. She then recommended fewer and different tools. Another subject I need to educate myself in. This blog post on wood carving tools will help.
---
Tolkien reads the Hobbit. This was his first time seeing and using a tape recorder.
---
A tree alphabet and font. Katie Holden has created an alphabet of trees. Part of it here. 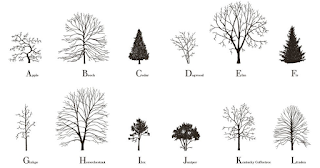 I must admit I don't know how to install new fonts but if you can and want to, you can download it here.
Via Kottke.
---
Social Justice Warriors are(n't) taking over science fiction.
---
Posted by Surprises Aplenty at 4:03 AM