TWIC: Thought Leader, a lot of Kottke and Boingboing

How to be a thought leader. This is a spoof of TED talks form CBC's This is That. The link will take you to a CBC site where you can watch the four minute video and find an incredible number of ways to share it - but not on Blogger so far as I could see. Chinese Baidu was covered, though.


Pat Kelly vividly remembers when he first knew he was a "thought leader":

---
Ah, just visit Kottke's blog.  I mean, you probably do already; you're one of the hundred's of thousands who check it out every day...Uh, thanks for visiting my 4th rater.
Anyway, LegoLand's Model Workshop.


They have a custom CAD program for making Lego structures (and people and animals) which can show MRI-like slices for whatever thing they're working on for ease of construction.

I have had trouble clicking the mouse at the right place to pick up and set down blocks at the website but that probably comes with time.

Kottke on Grammar Rodeo and 'which' vs 'that'. I have this usage down but should probably check out other posts.

Kottke on the creativity of Neanderthals.

A map blog from Nat Geo....via Kottke.
---
And away from K... to Boingboing, man, really hitting the obvious sites tonight!


Minecraft: Education Edition is almost identical to standard Minecraft, but it includes a handful of features designed for the classroom. A couple smaller features were announced in January — like an in-game camera for taking screenshots — and some more substantial ones are being announced today. That includes adding in-game chalkboards that can display large blocks of text and letting teachers place characters that'll say things when a student walks up to them.

---
Not about creativity exactly, but a good place to set a story: China will build an undersea research centre 3km down.
I think some creative liberties were taken in lighting the image; 3km down is a pretty dark place. This image is shrunk; to see it at full size, follow the link. 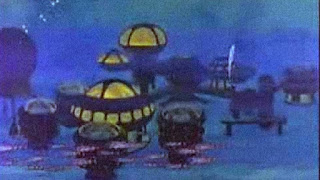 The lighting doesn't seem realistic to me, but neither does the mushroom shape or lights. At 3km down, the wall are going to be pretty damn thick and any place that has windows will need equal pressure inside and out; 300 atmospheres pressure!
---
Can you take pictures in public in Europe?  You can if you act now!


Some EU countries' copyright laws allow rightsholders to make claims against street photographers who capture potentially copyrighted works, from the facades of buildings to public art. The EU's plan to harmonize a "right of panorama" (previously) would protect those who document the public world and upload our images to public places, from social media to Wikipedia to news-sites.

This right of panorama is currently under attack.
---
What do the people who make a hit movie get paid?
---
A remarkable set of instructions for photographing fireflies. 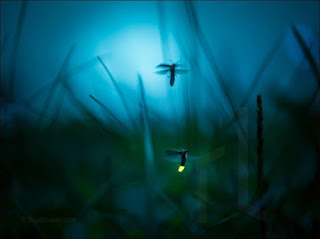 There is a watermark on the photo.  It leads to bugdreams.
---
Sci Am looks at intro- and extroverts and the benefits of relaxations.


...can creativity really be trained?
In one of the biggest reviews on this topic, Ginamarie Scott and colleagues assessed the effectiveness of 156 training programs and found that 11 forms of training did have some value. The techniques that were particularly effective were those that targeted the cognitive processes underlying creativity, such as idea generation. Likewise, two other studies [see here and here] found that training ideational skills had a positive impact on creative thinking, both alone and in a group brainstorming context.
Another form of creativity training that has shown some positive effects is "relaxation training", which includes exercises such as stretching and breathing. Relaxation training appears to increase creativity by reducing anxiety and freeing the mind from negative thinking. This form of training is related to mindfulness meditation.

-------
Finally leaving the expressways of the Internet, here is an educator's blog post with a list of apps and tips for learners to make fun videos.
Three tips from the list.


Tips
Time each activity- use a timer to keep students on task and get them to flow to each process.
I recommend for an initial project 2 to 3 minutes for brainstorming with a storyboard; 10 to 15 minutes to plan, record, edit, and get the video to you; and about 15 minutes to show the videos at the end. Click here for a short video of me doing this with learners in Croatia.
Have students work with a storyboard to plan their video productions. It will help them decide if they need props, videos, etc. Click here for a free storyboard template to copy/edit.

Three apps from the list of 20:
Many more, heavy on Apple apps.
---
What is the Voynich manuscript actually describing? The manuscript or book was found in 1912 and consists of colour drawings and some sort of text but no one has decoded or translated it.  The link is to an archive of the book. This image, page 16v (verso?), has been shrunk.  To see it full size, follow the link above. 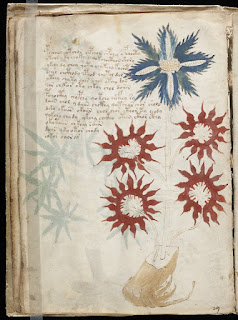 Randal Munroe took a stab at figuring it out.
...Whoa.  I just lost half an hour wandering through those images (from the Voynich link, not Munroe's, although if you are new to xkcd comics, there are worse ways to spend 30 minutes.)
Added later: Boingboing's Futility Closet has a podcast episode on the Voynich manuscript.
Posted by Surprises Aplenty at 10:30 PM