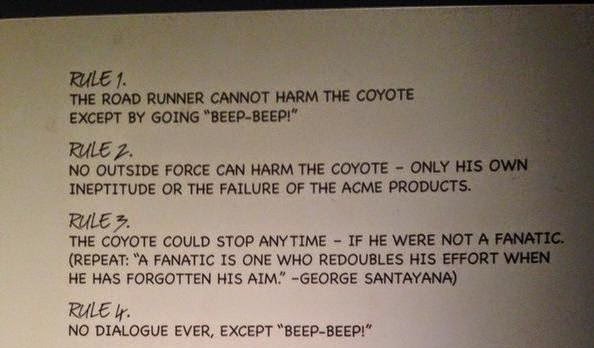 Follow the link for the final five.
---
Female characters as real human beings, some advice:


1. Have enough women in the story that they can talk to each other.2. Filling in tertiary characters with women, even if they have little dialogue or no major impact on plot, changes the background dynamic in unexpected ways.3. Set women characters into the plot as energetic participants in the plot, whether as primary or secondary or tertiary characters and whether in public or private roles within the setting. Have your female characters exist for themselves, not merely as passive adjuncts whose sole function is to serve as a mirror or a motivator or a victim in relationship to the male.

---
Who will make the next MacGyver?

3.  All proposed ideas must meet these requirements:
a. Must be a good story, well told. Entertainment is the highest priority.

As Walt Disney famously said: “I would rather entertain and hope that people learned
something than educate people and hope they were entertained.”
b. Show must feature an engineer or engineers as the main protagonist OR
engineering as a central element to the show (MacGyver, for example, was a spy
who used engineering in every episode).
c. Show must be compelling to a middle or high school audience (from which we will
get the next generation of engineers).

Deadline for Entries is April 17.
Posted by Surprises Aplenty at 4:49 AM