Clickbaitin': Money Making Machine and Stay Out Of the Kitchen

Local Area, Republic of Korea: This is a Real Money Making Machine.

Yu Seok-me checked the storage space of her old Beamer. Three old tires ready to cushion any impact.  Then she drove off. It was 7:30 pm and rush hour had just finished. A crowded street and honking horns  would fluster her marks but she prided herself in not snarling traffic too much. Besides, she wanted less police attention, not more.

Off she drove,with her eyes on the road and on the drivers of other cars.  There. The perfect mark. A beat up car and the driver on his phone.

She accelerated and pulled into traffic ahead of him. Then she placed her head firmly against the headrest and hit the breaks.

After the two cars had stopped shaking and her side was clear, she opened her door and walked back to the man who had just rear-ended her expensive (looking) car.

The man climbed out and was ready to yell. She pointed at the dash cam in her rear window. "If you were on your phone, the recording will show that", she told him.

In Korea, the blame for accident damage was shared between drivers. Typically, the person who was at fault would need to pay around 70% of the damages.  If a driver hit a car that was at a complete stop, this would climb to a full 100%.  This made people leery around expensive cars. Even being hit by one could cost you.

When Seok-me suggested an immediate payoff of half a million won, the man reluctantly agreed.   The two drove off and Seok-me soon stopped to better assess the damage. It was cosmetic, really. So long as the collision was straight on, the frame was little affected. The damage done would be useful if a later impact were too gentle.

And so off she went, looking for her next mark.

As a university student, I would go home during the summer and work for a building contractor and help construct cottages.  On one job, we needed a crane and at the time, that seemed a real money making machine.  Now that I live in Korea, I have seen many long-armed devices on the backs of trucks overbalance and crash so I know there is some skill involved. Even so, operating a crane seemed, and seems, relatively simple. You just buy the crane and people line up to ask you to take it to construction sites and pay good money for its use.  Once you placed the vehicle correctly, the whole thing is pretty static; you just lay out or reel in the cable. This was my first thought in reading "a real money making machine'. Image from: 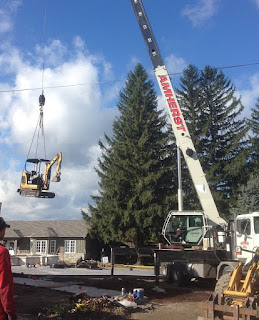 A printing press seemed too obvious, after all.

Next, I have to say I love the obvious laziness of "local area". I guess the bots or programming that place ads recognize my IP as Korean but are unable to specify further.

So what in my local area, would qualify as a Real Money Making Machine? The local area is famous for JaJang Myeon, a pseudo-Chinese dish made in Incheon's Chinatown. A machine to cut the noodles would.  Very local to me is the new district of Songdo. And new it is. I think there were a few island poking out of the shallow West Sea but in the past twelve years, enormous quantities of fill have been trucked in to create a really pleasant chunk of land where before was stinking mudflats. I've no idea of the environmental cost. Anyway, trucks, dredging machines and other construction vehicles would be quite valuable.
Songdo 1
Sondgo 2  Note 'porject' in the screen-cap

Dang. This is turning into an essay rather than a simple explanation for my story. 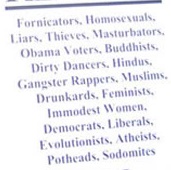 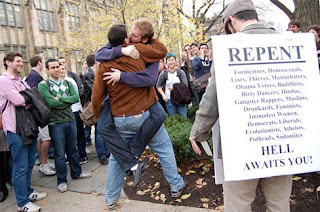 My name is in the list and I am described at least one other time - sorry, 'fat people', it was hard to think of 18 people. And 'nose pickers'? Sure, but that is a big group, could fit in the 'dirty hands' group and could have people who do wash their hands.

Posted by Surprises Aplenty at 8:29 AM