I have seen Ardea cinerea throughout my travels in Korea and consider it a beautiful bird, one that I have attempted to carve many times. I shot this one on the Seungki Creek in Yeonsu-Gu. 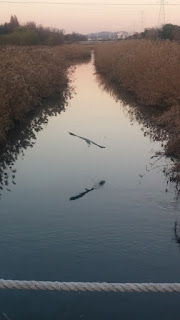 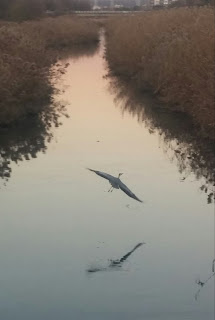 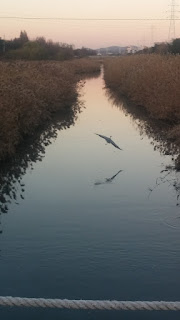 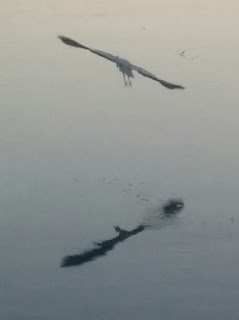 From Wikipedia on the bird:

The grey heron (Ardea cinerea) is a long-legged predatory wading bird of the heron family, Ardeidae, native throughout temperate Europe and Asia and also parts of Africa. It is resident in much of its range, but some populations from the more northern parts migratesouthwards in autumn. A bird of wetland areas, it can be seen around lakes, rivers, ponds, marshes and on the sea coast. It feeds mostly on aquatic creatures which it catches after standing stationary beside or in the water or stalking its prey through the shallows.
Standing up to a metre tall, adults weigh from 1 to 2 kg (2.2 to 4.4 lb). They have a white head and neck with a broad black stripe that extends from the eye to the black crest. The body and wings are grey above and the underparts are greyish-white, with some black on the flanks. The long, sharply pointed beak is pinkish-yellow and the legs are brown.

As the quote states, they normally eat aquatic creatures but I have seen one catch and eat a mole. Youtube has many examples of North America's Blue Heron  (A herodias) doing the same.

Posted by Surprises Aplenty at 1:11 AM