Stories of my youth: the disappointing elements of fantasy books.

I grew up reading Lord of the Rings, The Belgariad, and The Riddle Master of Hed. Riddle Master is probably the series I have most often reread. I just finished the first book an hour ago. I have reread it more than ten times. Beautiful writing but the hero, Morgon, seems more whiny with each reading.

All fantasy has wizards and magic and swords and royalty. Many such stories have ancient secretive races like elves and dwarves -or Earth Masters. I wanted in this post to dig into the other stuff common to these fantasy stories and focus on Riddle Master of Hed.

The things I note are:


In Lord of the Rings, I would add:


I guess I would add in general:


---
Wine and booze. Tim Powers' Drawing of the Dark made beer magical. But Tolkien had already done this with wine. Maybe he was making his story less fantastic and more historic. Note what the Founding Fathers of the USA drank!


The Huffington Post reports, “In 1787, two days before they signed off on the Constitution, the 55 delegates to the Constitutional Convention partied at a tavern. According to the bill preserved from the evening, they drank 54 bottles of Madeira, 60 bottles of claret, eight of whiskey, 22 of porter, eight of hard cider, 12 of beer and seven bowls of alcoholic punch. That’s more than two bottles of fruit of the vine, plus a few shots and a lot of punch and beer, for every delegate.”

What I really want to get at here is my disappointment with booze. I was a nerdy kid; didn't smoke and wasn't even interested in alcohol. At age eighteen, I snuck into a bar. Not to drink, but to listen to the band playing that night (Doug and the Slugs, often featured here at Creativiti Project).
I finally became interested in alcohol and tried wine. It was okay and I could drink it out of politeness but none of the brands for sale listed medicinal or medical uses (for the latter, come to Korea where traditional liquors have remarkable claims of effects.)

I like beer now and have become something of a connoisseur. At least as far as my wallet allows. Rum and Coke is great. Gin and Tonic is refreshing and protects me from malaria. But none have the effects described of even house wine in Tolkien's stories.

Morgon of Hed, in RMoH, is stubborn and frequently smashes a glass against a wall when he cannot do as he wishes. This makes more sense when you realize how often he is drinking wine. Maybe that description of drinking is accurate - though depressing. Morgon of Hed is a damn drunk?
-
Everyone in the RMoH universe plays or loves to listen to the harp. In the first book, the two main characters both carry them. And they do so through difficult travel. I don't know how small a harp can be but even a small one would be annoying to drag around, I would guess.
Seventeen years ago, I decided I wanted to learn an instrument. I had played tuba and a few other brass instruments in high school but they were bulky and expensive. I didn't want to learn the piano due to its size. I didn't want any stringed instrument because I have a tin ear and would never be able to tune it. I was lucky to be able to take Danso lessons in Korea. The Danso is a small flute held forward and down rather than horizontally. I had a lot of fun learning it and still bust it out on occasion.
I can see professional musicians wanting a harp, but can;t imagine anyone else wanting to carry one around.
-
I guess I don't have an actual problem with approachable royalty but it just seems weird.
-
Robes. So many people in fantasy stories wear robes. I don't understand it. 'Nuff said.
-
In addition to imagining myself drinking various fortifying alcohols, as a youth I also imagined myself smoking a pipe.  Maybe I would control the smoke with my mind or allow it transport my thoughts into other spheres... smoking is pretty nasty in real life.
-
Aloe Vera is a great plant with medicinal properties. Touch-me-nots in Ontario have sap that relieves the itch of poison ivy. I am now done with my knowledge of medicinal plants.
-
Capes. Capes look cool. You know, in the right situation, having a blanket hanging from your shoulders would be handy. I was very disappointed with the cape my mother made for me one Halloween as it barely reached down to my waist and everyone knows a good cape should reach the ground. My mother ruined Halloween that year! And capes forever after!
-
In addition to learning an instrument, I have also learned swordfighting. This is another thing I am not disappointed with.
But glaives and bills and halberds have so many military uses. I don't understand why they aren't more common in fantasy stories. 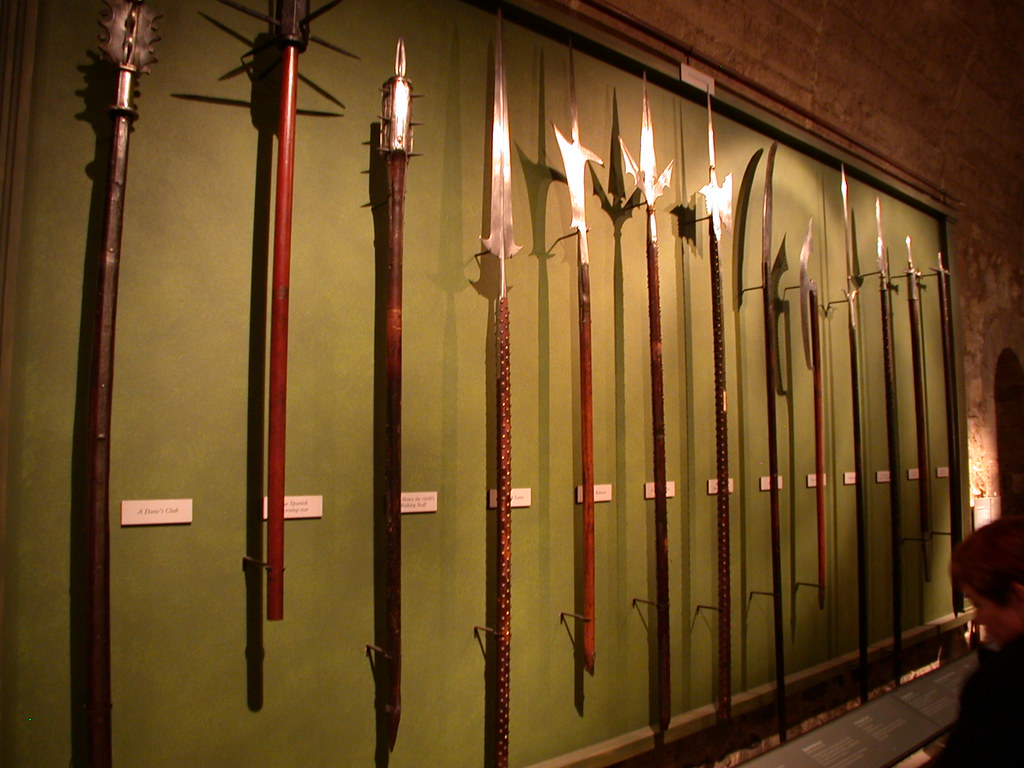 
Okay, reader(s). What do you see in fantasy that affected your childhood imagination but was ruined as you matured?
Posted by Surprises Aplenty at 6:21 PM